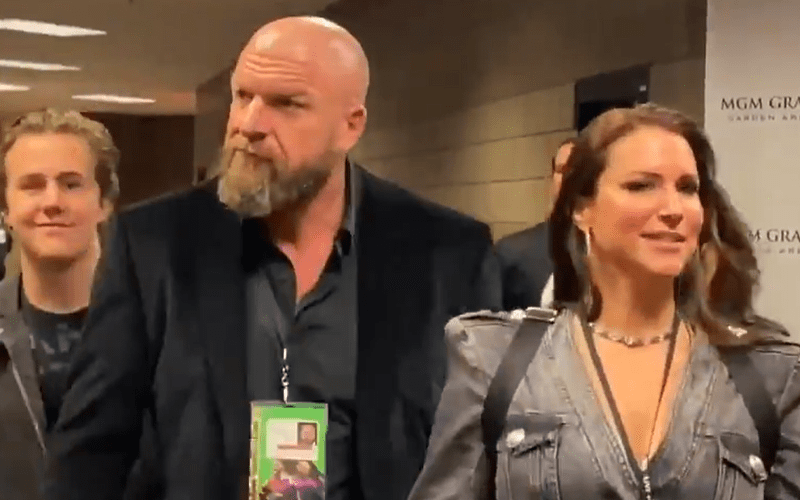 Las Vegas is booming tonight as Tyson Fury takes on Deontay Wilder for the second time. Plenty of people are going to be watching that event very closely.

Triple H and Stephanie McMahon are in Las Vegas for the fight. We previously reported that The Game would be in Fury’s locker room.

There is interest in Tyson Fury coming back to WWE for another angle. He needed to get his fight against Wilder over with first. A lot can depend on how his Vegas fight goes.

You can check out the video below uploaded by WWE On FOX. The Game and the Billion Dollar Princess seem ready for a night of boxing action.