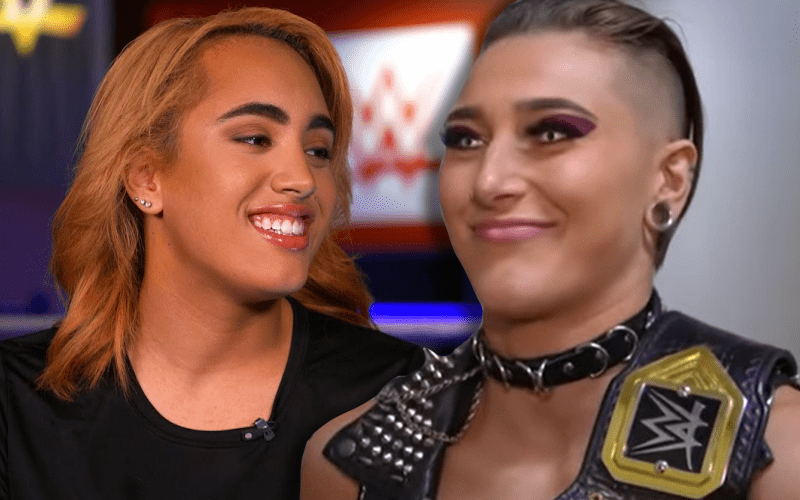 The Rock’s daughter Simone Johnson signed with WWE a few weeks ago. She is training hard, but it will likely be some time before Johnson makes her WWE NXT television debut.

Rhea Ripley recently spoke to the Metro UK where Simone Johnson came up in conversation. Ripley said that she’s close friends with Simone, and she very happy about her signing with NXT.

The NXT Women’s Champion also revealed advice that she ‘always’ gives Simone Johnson. Just keep your head down and ignore the drama. That seems to be the best way to get ahead.

“I’m very, very excited for Simone. She’s one of my close friends, and I’m so happy that she’s here at the Performance Centre with us,” Ripley said of Johnson.”

“The main thing I always tell her whenever I do see her is to just ignore the drama, stay in your own lane, work the hardest and try your best. Just succeed and excel within your own brackets of talent.”

“Just try and not let everything get to you, because that’s the hardest bit in any sporting background. It’s just the drama that comes with sport unfortunately, and the one thing I’m trying to get her to stay away from.”

Triple H had high praise for Simone Johnson. She is apparently entering the WWE Performance Center with the right mindset. Let’s see how long Vince McMahon can wait before cashing in on having a fourth generation Superstar on the roster.