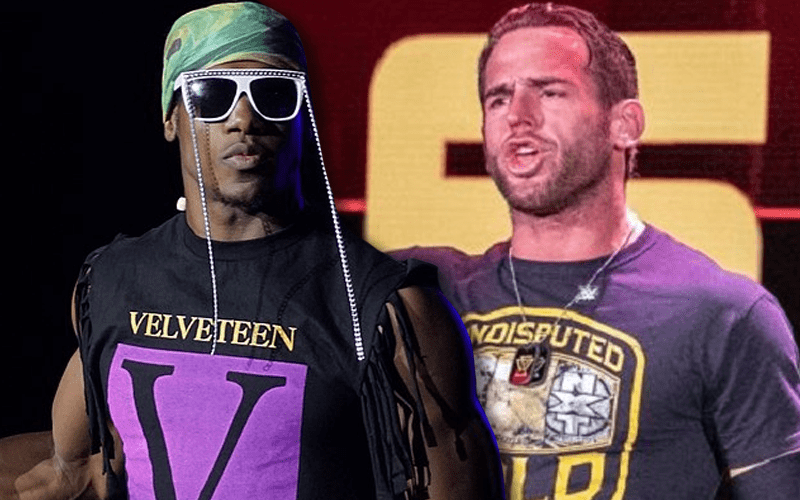 Velveteen Dream returned to WWE NXT and he set his sights directly on the Undisputed Era. Now Roderick Strong will be his first opponent since his return from injury haitus.

Dream knows how to stir the pot. He had Strong’s wife Marina Shafir and their son airbrushed on his tights. We can only assume that Strong isn’t okay with that.

While hyping their match on WWE NXT this week, Velveteen Dream decided to rub it in a little bit more. He posted an image of his tights along with another of a designer shoe. Dream also included a caption to help people translate the tweet.

Velveteen Dream might like to say that he’s Troy’s step-father, but Roderick Strong and Marina Shafir would probably disagree with that idea. Let’s see who reigns supreme tonight as the two battle on the USA Network.