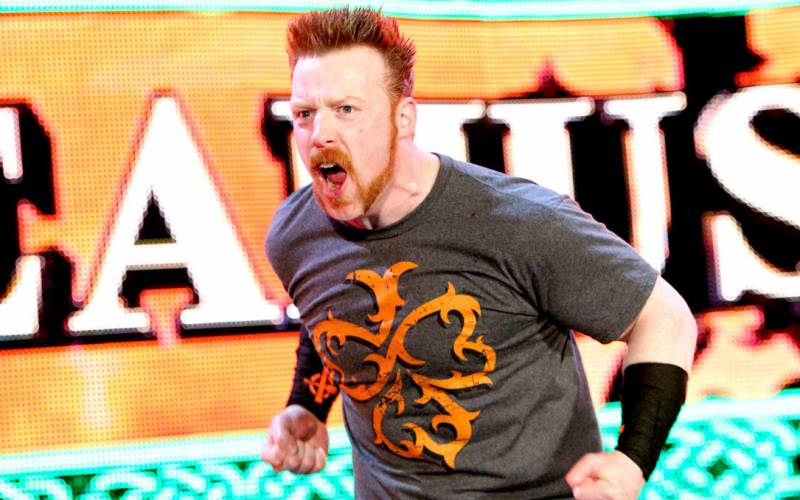 Sheamus returned to WWE, but the music he used might not be what some fans wanted to hear. The Celtic Warrior’s old theme song “Written In The Face” is much-missed and misquoted as well. Sheamus wants it back too.

Many fans miss the song so much because they love singing the wrong words along with it. Jim Johnston wrote the song and it is a great one, but his departure from WWE might be why the company isn’t bringing it back.

While on WWE The Bump, Sheamus brought up his old theme song. He wants it back and has asked for it. WWE just didn’t budge.

Sheamus listened to the song even though he claimed it would bring depression because he can no longer use it. He wanted to use the song, but he was told that nobody would remember it and it’s “out dated.”

This was followed by Sheamus encouraging fans to jump on Twitter and demand that WWE bring back his old music. He said that fans are the ones with the power. So, it’s up to us.

In case you need a refresher on what the words really are to Sheamus’ old entrance music:

It’s a shame that they lost their head
A careless man who could wind up dead
You wear your sin like it’s some kind of prize
Too many lies, too many lies Ohh, ohh…
These words are true and I’ll make you believe
Ohh, ohh…
Yeah, you fight for air and struggle just to breathe
Ohh, ohh…
And you wear your cowardice well
Ohh, ohh…
And I will see you ride it straight to Hell It’s written in my face, the shadows of my eyes
When the devil comes a-calling, it breaks your heart at times
The land will break and the seas will rise
The wind will rage as it burns up the sky
All you believe will be broken and fall
On your…

Let’s see if the fans can actually cause this song’s return.