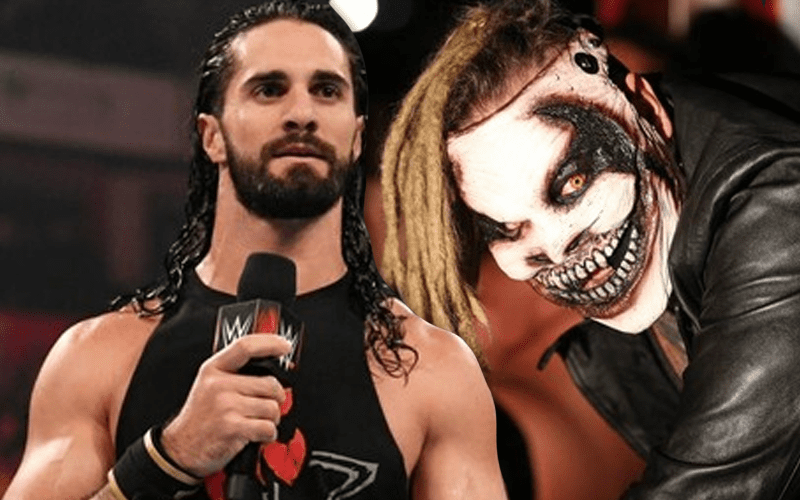 WWE has a lot going on right now. One former Superstar claims that the company hacked his ideas for Bray Wyatt and Seth Rollins.

Reverend Jeremiah Constantine recently spoke to High Spot Podcast. He claims to have sent WWE a tape full of segment ideas. One of those concepts was a religious gimmick which he says they are now using for the Monday Night Messiah. Bray Wyatt’s recent Firefly Fun House segment where he appeared to be at a news desk was also lifted according to Constantine.

“I feel they’re using certain elements of my material and yeah, I’m not too happy about it. You know because here’s the thing I sent the WWE a video of me doing the Jeremiah Constantine thing the whole religious aspect with the studio audience mind you.”

“All these things that I use right now and I got a response from someone saying that ‘okay I’m going to send this to a lead writer’ so I know that they’ve seen the material and they know what I’m doing you know and certain aspects of that have come out on TV and I’ve never gotten a response from them, so it just upsets me the fact that you can’t even acknowledge me and that you’re taking from my stuff, especially with the Seth stuff, the Monday Night Messiah. I’m pretty sure they  got that from my promos. Then they had Bray Wyatt doing the newscast thing you know which I’m doing right now, so it’s just like eh whatever.”

You can check out something that Constantine is doing now which is providing voice over work for his social media. We’ll have to see if WWE gives him a call or cuts him a check for those ideas.