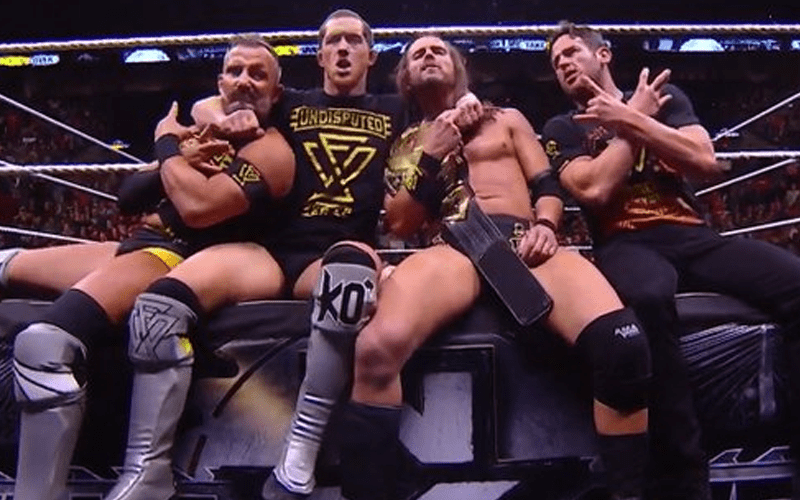 The Undisputed Era lost some god at NXT TakeOver: Portland. Now Adam Cole is the only member holding a title. This is fine by them because they know that they’re still Undisputed.

Kyle O’Reilly sent out a tweet on the morning after losing the NXT Tag Team Titles to the Broserweights. He said it doesn’t matter because having friends by his side is worth its weight in gold anyway.

So what if we lost some gold, just means we gotta be the first 4X tag champs and 2X NA champ. Having a group of friends like this is worth its weight in gold anyways, and with the 4 of us here that’s AT LEAST 300 lbs of gold.