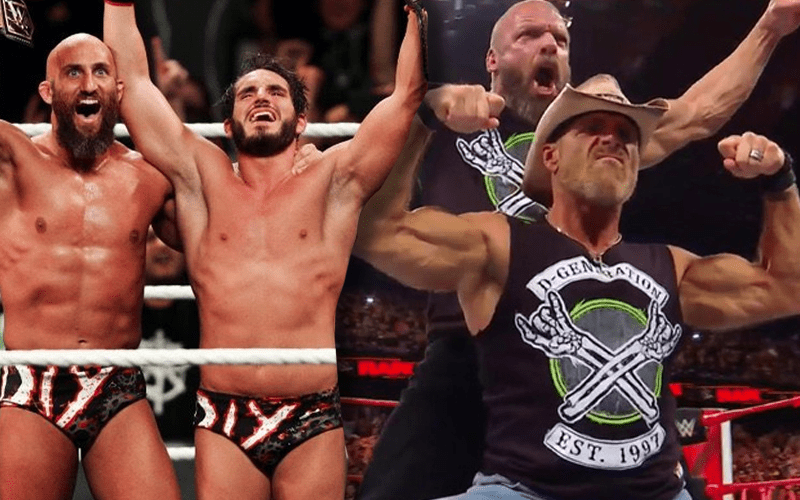 Shawn Michaels returned from retirement for one match in Saudi Arabia. He tagged with Triple H against The Undertaker and Kane. HBK hasn’t wrestled since then.

One fan asked Triple H during a Q&A when fans can expect to see DX vs DIY. Triple H seemed to no-sell the question, but Shawn Michaels was apparently intrigued.

The Showstopper replied to this tweet with three eyeball emojis. This seemed to signify that he wanted people to pay attention to this tweet as if he liked the idea.

We’ll have to see if DX vs DIY is possible at all. It would mean that Shawn Michaels needs to lace up his boots again which he might not be too eager to do. It would certainly be an attention-grabbing match for any TakeOver or WWE pay-per-view.