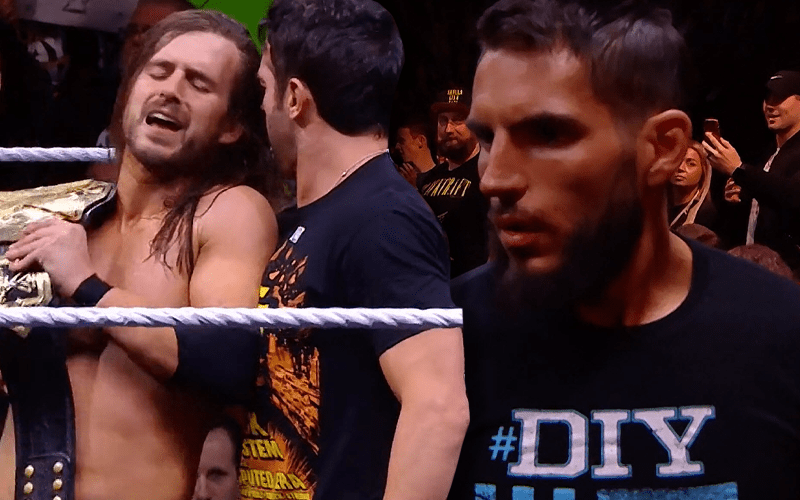 Tommaso Ciampa never lost the NXT Title. He had to relinquish it due to needing neck surgery. He had a chance to reclaim Goldie at NXT TakeOver: Portland. That didn’t go as planned.

Adam Cole and Tommaso Ciampa tore each other apart. It looked like Cole was going to win after a Panama Sunrise on the outside. Then Ciampa hit a draping DDT as they re-entered the ring. Ciampa hit a Fairy Tale Ending, but Cole kicked out.

The Undisputed Era ran down, but Ciampa kicked out at two after a double team move. Then Ciampa got even with the Undisputed Era after a draping DDT and a dive. Cole took advantage and hit a Last Shot for a two count.

The referee was taken out and they traded low-blows. Ciampa hit the Fairy Tale Ending, but there was no referee to count the three count. Then Johnny Gargano showed up just as Ciampa was about to grab the NXT Title and hit Cole.

Johnny took the title from Ciampa, and he looked at it before smashing it over Ciampa’s head. Then Adam Cole made the pin.

This was a moment of betrayal for Johnny Wrestling this time. Let’s see how this storyline plays out with NXT TakeOver: Tampa within sight.