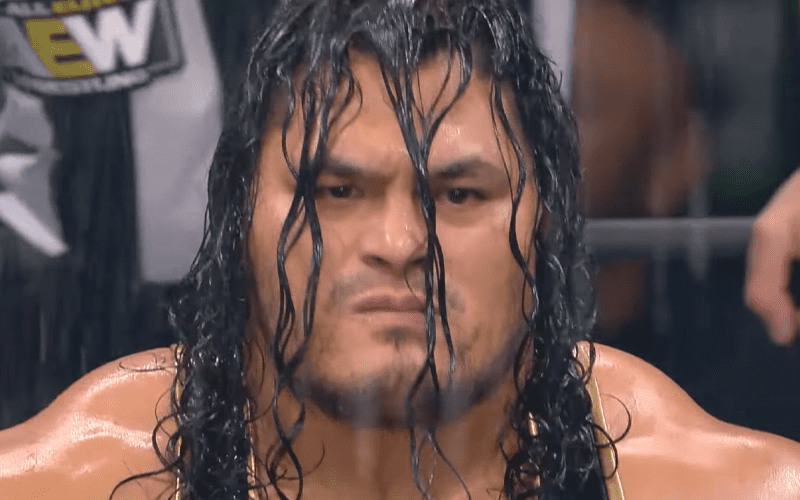 Jeff Cobb showed up on AEW Dynamite this week as Chris Jericho’s hired gun. He has not signed a deal with the company, but he is scheduled for a match next week.

Cobb vs Jon Moxley might be an exciting match, but Bodyslam.net reports that it wasn’t supposed to happen. It is said that Jeff Cobb wasn’t AEW’s first choice for this role. They had someone else in mind, but “things fell through.”

The “hired gun” spot for Chris Jericho and the Inner Circle was not originally supposed to be Jeff Cobb. There were plans in place for that role to go to somebody else, however things fell through at the last minute and Jeff Cobb was brought in as a replacement.

Jeff Cobb could prove very beneficial to AEW if they can keep him around. There are a few stars in the pro wrestling world who could have been AEW’s first choice. At this time it is not public knowledge who All Elite Wrestling wanted to originally bring in.