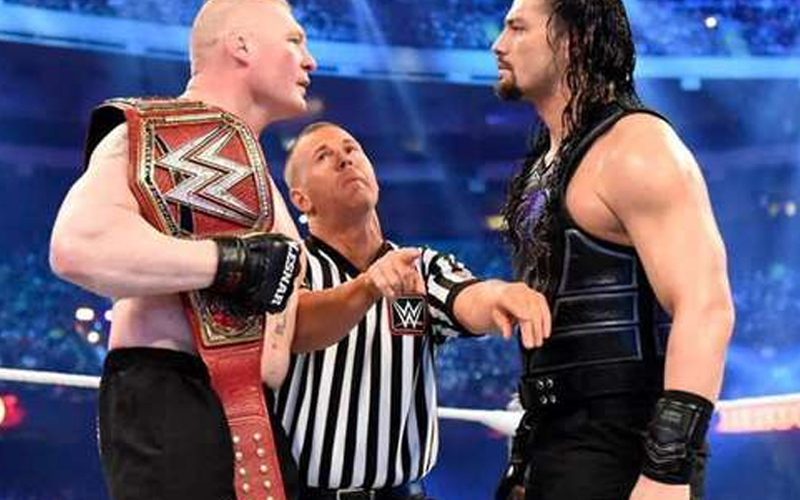 Brock Lesnar is the WWE Champion going into WrestleMania 36. He has a target on him placed by Drew McIntyre and a riot was promised if McIntyre is unable to pull down the big win in April.

While speaking to the media at the WrestleMania 37 press conference, Roman Reigns discussed Brock Lesnar. He was asked about John Cena’s comments about Lesnar being the greatest sports entertainer. This is something Roman Reigns couldn’t refute.

“When you work with Brock Lesnar, when you’re in the ring with Brock Lesnar, it puts you… it jumps you multiple levels. My life changed in 2015, WrestleMania 31. It hadn’t been the same. So, I mean, got a lot of love or Brock, he’s a great performer. A lot of people heard the statements that John Cena made about him… I’m not sure if he was wrong, you know what I mean?”

“He’s one of the few guys that people really believe. Even as a performer, you have to always keep your eyes on him. You watch… when I’m in the ring with him, I never take my eyes off Brock, because you just never know. That’s the type of competitor, that’s the type of intimidating man that he is. So, I think the fact that Drew is going to him next, he’s in good hands.”

We’ll have to see if the roads will ever see Roman Reigns and Brock Lesnar collide in the ring once again. They certainly have a history with each other. Brock Lesnar is a special breed of entertainer and this is something that Roman Reigns realizes all too well.