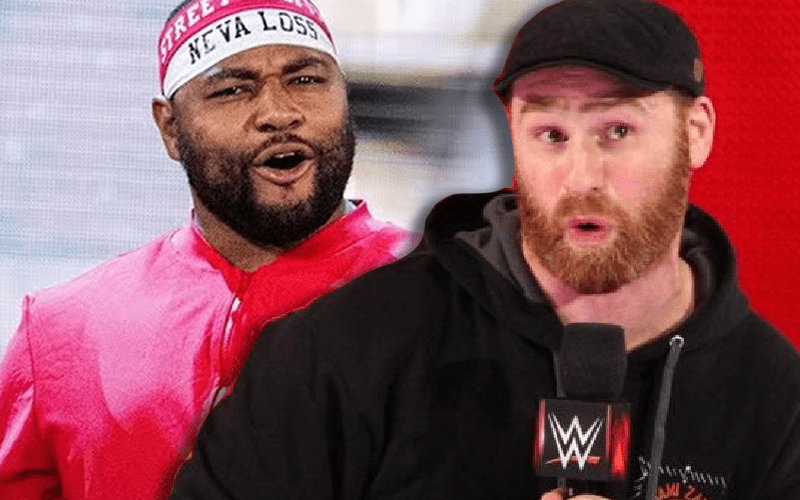 Angelo Dawkins walked into the WWE Performance Center with very limited pro wrestling experience in 2012. He was in the same class as many Superstars fans have known for years. It didn’t come all at once for Dawkins and he had to build a foundation at the WWE PC.

While speaking to WWE The Bump, Angelo Dawkins talked getting adjusted to this brand new form of entertainment.

“I was walking into something that I knew nothing about so I had to learn from scratch which was a good thing, too because I got to start off in the WWE brand, so that was awesome right there and each year just keep getting, keep getting better and finding ways to challenge myself every time. I kind of approached it like I had every other sport I’d ever done and wooo, man young legs.”

Dawkins and Sami Zayn were roommates with he first started. The two were in the same WWE PC class, but Zayn had much more experience on the road as a pro wrestler. The problem was that Angelo Dawkins had no idea what Sami Zayn looked like.

“So I met Sami when we tried out in the week and they said ‘hey, you guys are gonna be together,’ so we ended up getting a rental car together. So the first time I met Sami I’m walking and I don’t even know what he looks like at this time so I’m trying to find out how I can get in contact with him and I’m one of the only dudes who is pretty big walking through the airport at that point in time.”

“The next thing I know Sami walks up to me and says, ‘Hey are you Angelo?’ and I said ‘Hey’ he said, ‘Hey I’m Sami Zayn!’ I remember we watched a pay-per-view that was CM Punk vs Daniel Bryan if I’m not mistaken while we were at the airport as we waited for someone else so we could bounce out, but at that point in time Sami Zayn was a pretty cool dude.”

It’s funny because before WWE a lot of people didn’t know what Sami Zayn looked like because he wore a mask and called himself El Generico.

Angelo Dawkins obviously adjusted eventually and he never gave up. The Street Profits’ formation saw him take that opportunity and now they are mainstays on the main roster.