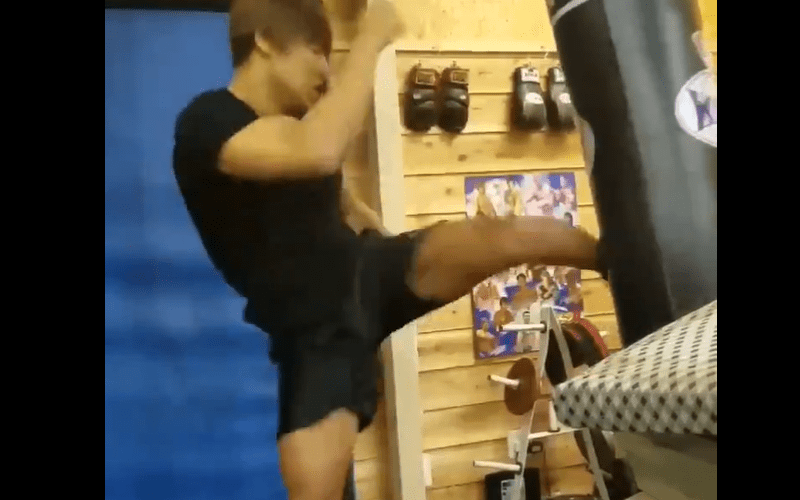 Kota Ibushi couldn’t work the recent New Japan tour of America, but there was a reason. The NJPW star was diagnosed with Mallory Weiss Syndrome, but he’s doing much better now.

Ibushi updated fans with a couple new videos. He’s apparently getting back to training.

He did a flip in the ring and said in a caption translated from Japanese that it’s all about finding your balance first. Then he posted another of him giving a heavy bag a hard time while he said:

I moved my body after a long time, but it didn’t move as expected. The axis is blurred. I can’t give my best. Will fluffy. Let’s go back to old training to see if the connection between the head and the nerves of the body is bad.

This is a good sign for Kota Ibushi’s recovery. He might not be 100% yet, but he’s on the right track.