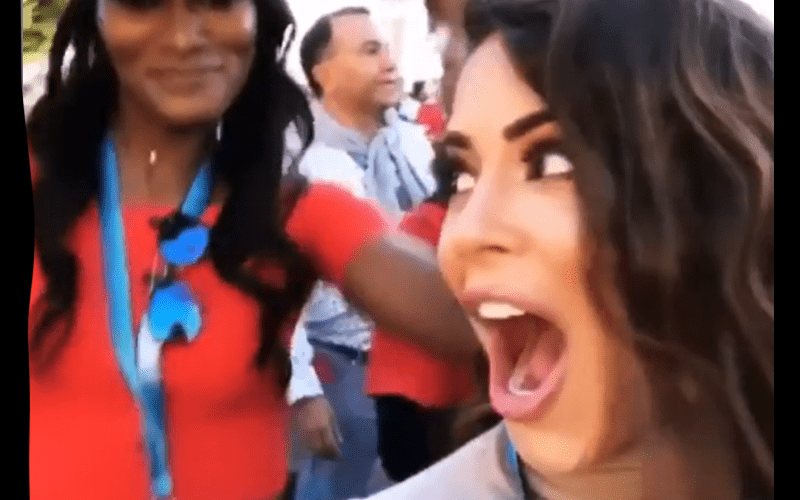 Super Bowl LIV is going down and a ton of fans flocked to Miami. A lot of pro wrestling personalities are there too.

Cody and Brandi Rhodes are there as well. They got some great seats and so did King Corbin.

Charly Caruso is also there and having a blast. She uploaded a couple of videos to her Instagram story showing how good of a time she is having.

The night is still early and these videos were taken before the big game kicked off. It seems like Caruso was pregaming it and ready for a long night of loud football action.