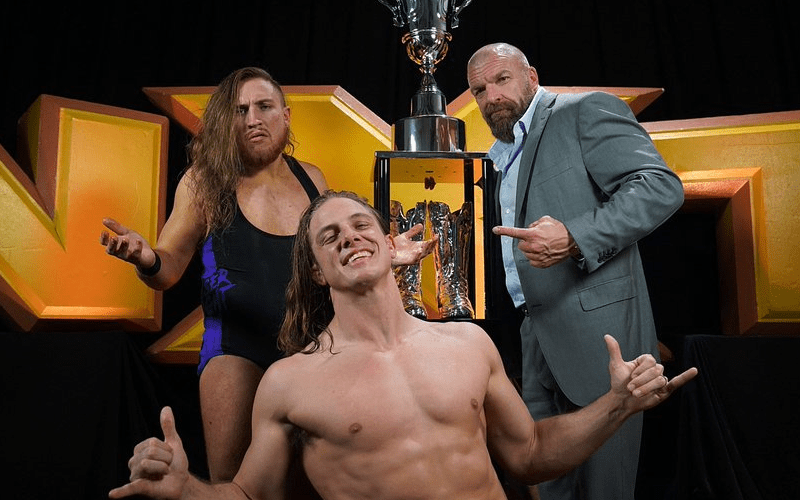 The Dusty Classic has been an ever present part of the NXT calendar for the last few years now and as we look ahead to the future, it’s hard to imagine a scenario in which that stops being the case.

Last night we saw Matt Riddle and Pete Dunne go head to head with the Grizzled Young Veterans, and following a really fascinating match, it was Riddle and Dunne who came away with the win and the honor of being called the 2020 Dusty Classic winners.

One man who was quick to praise them on social media was none other than the godfather of NXT himself Triple H.

Both of these men have the potential to go on and do some really incredible things in NXT and WWE as a whole, with both having such different and intriguing styles.

Dunne’s bruiserweight mentality is going to take him far, as is his relationship with The Game. On the other hand, while Riddle might be a controversial figure, who can say they don’t want to see him square off with Brock Lesnar at some stage?

The Grizzled Young Vets, meanwhile, have always been a desperately underrated tag team in our eyes.

They’re able to summon some real emotive heat from the crowd and in an environment where heels tend to be cheered as opposed to booed, that’s a powerful tool to possess.

Whether or not they’re able to keep that train rolling in NXT UK, NXT and potentially the main roster is a different matter altogether.