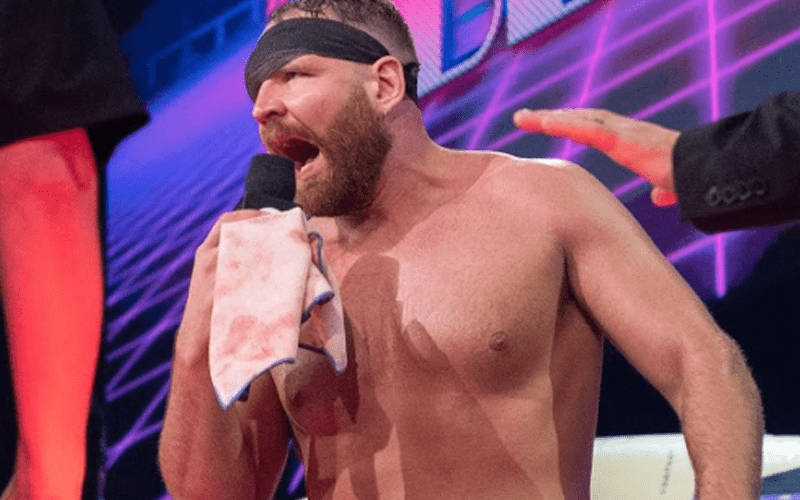 Jon Moxley had a great time on the Chris Jericho Cruise. He certainly felt a lot closer to the entire roster by the time their voyage was over.

While speaking to Bleacher Report, Moxley revealed how much fun they had on the cruise. The locker room seemed to bond and he said it feels like a revolution. Ironically, that’s the name of AEW pay-per-view where he will face Chris Jericho for the All Elite Wrestling World Title.

He also had a great time and doesn’t really know why he smashed so many White Claws over his head. It happened though.

“The last day on the boat on the Jericho Cruise, at the end of the show, Cody was cutting this speech giving out stuff to the fans. The boys came out. I came out smashing a White Claw can on my head for reasons even I don’t fully understand myself.”

“Some of the wrestlers and the fans, all just out there in the middle of the ocean, just hugging and high fiving. It really felt like we were all a part of something like all a part of time,” Moxley said. “It really is like a wrestling revolution.”

“I don’t know if you’d call this a boom period necessarily from a financial or ratings standpoint. The business has changed from 20 years ago, but it really does feel like a renaissance. It’s cool to be a wrestling fan again, and now people are so connected on social media and so forth that they can find other fans and meet other fans. We’re not trying to drive people away. We’re not trying to [be] like, ‘here’s what we’re giving you. Take it or leave it.’ We’re trying to all be a part of this together. It really feels like us and the fans are all on the same team together, and it’s a stupid thing in wrestling that brought us all together.”

There are already plans for a third Chris Jericho Cruise in February 2021. Odds are YJ2 will need a bigger boat because the hype after AEW’s first official voyage with Jericho might be enough to sell out every cabin very quickly for their next journey.