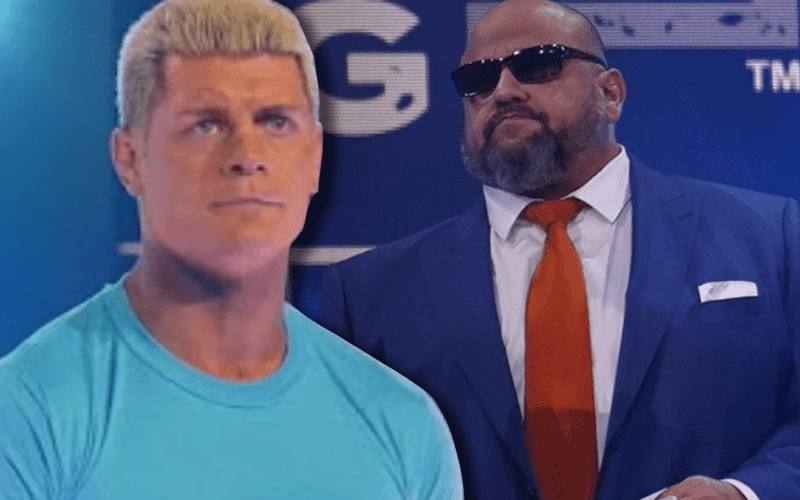 Taz signed a deal with All Elite Wrestling and he will now be appearing on the commentary desk during AEW Dark. Cody Rhodes would like to use the Human Suplex Machine for more than just commentary.

While speaking to Busted Open Radio, The American Nightmare discussed Taz’s hiring. He likes Taz “on a personal level” and he has even reached out for feedback in the past.

Now that he has Taz around he plans on using his mind to gain feedback whenever possible.

“He was somebody that was considering, I’m sure returning perhaps to WWE and has tons of other opportunities that existed in front of him. For him to step into this group of disruptors and be part of this, it’s wonderful. I loved Taz being there; the wrestler and commentator. But I like him on a personal level. One thing in business that I’ve learned is I like to surround myself with people that I can trust and people I like. One of the first things he did as a guest on AEW Dark, I had him reach out to a few different talents because he had feedback for them.”

“On the Indie scene, no one is giving anybody any feedback. It’s a showcase. I’m not knocking that, but there does come a point where this feedback, when you have these legends like Arn Anderson and DPP, you wanna use that feedback properly. They’ve actually drawn money, gotten over, and felt these moments. [Taz] texted some talent and engaged with talent on a brief mentoring element. I thought, ‘I need that.’ He’s somebody I’m going to lean into for advice and an outlook on our program.”

Arn Anderson, Tully Blanchard, Jim Ross, Tony Schiavone and more are backstage in AEW. With over a century of accumulative pro wrestling experience at their disposal AEW would be very wise to use that incredible knowledge whenever they can. This is one of the reason why Taz fits in so well.