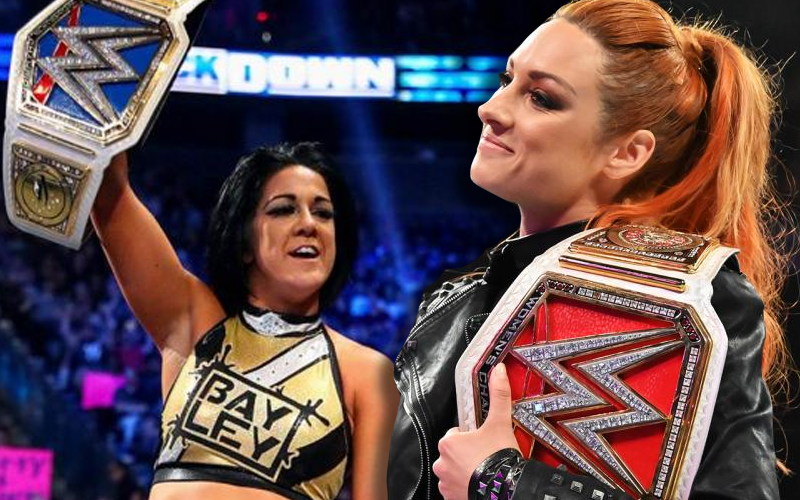 WWE is taking the gender distinction away from the NXT Women’s Title. It is still listed as such on the official WWE website, but a change is on the way. Three are more reported alterations coming as well.

Becky Lynch appeared on WWE Backstage and she suggested that WWE drop the “women’s division” name that sets females apart from the rest of the roster. This could soon become a reality.

Wrestling News reports that WWE was planning on making a change to the Women’s Titles even before The Man’s WWE Backstage appearance.

There are two ideas reportedly being pitched. One would see the women’s titles “mirror the names of the men’s titles.” So we would have two WWE Championships and two WWE Universal Championships.

It was also noted that this idea is in the preliminary stages right now so there’s still time before WWE debuts anything on television.

I was told that the changes to the main roster titles might not come right away because if the changes happen then they would want to introduce the new title names during WrestleMania.

We’ll have to see what’s next for the Women’s Division in WWE. They fought hard to be known as Superstars instead of Divas. Now they might progress that equality even further.