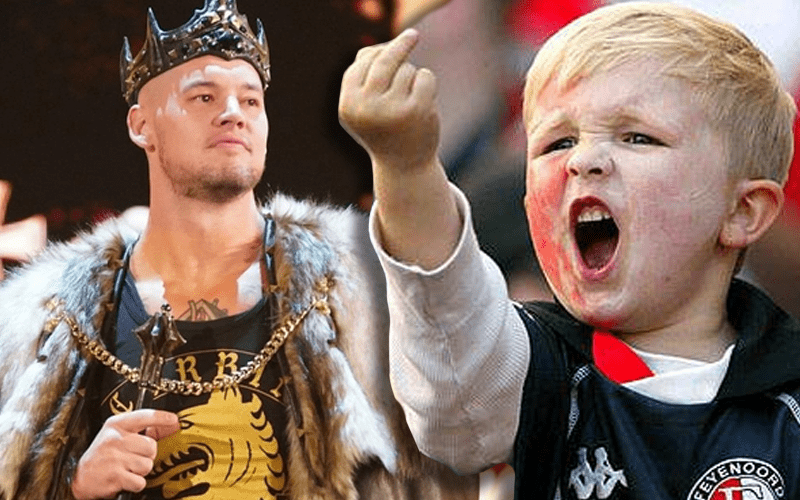 The Royal Rumble event is this Sunday and WWE fans all over are wondering who will win at the big January show. King Corbin is slated to take on Roman Reigns in a falls count anywhere match, but as long as he gets booed Corbin is doing his job.

King Corbin recently spoke to The Houston Chronicle ahead of the Royal Rumble pay-per-view this Sunday. He loves being a heel and bringing out a hateful response from fans. He gets paid to be hated and there aren’t very many people who are better at it than him.

“I take pride in being a true heel. I take pride in really irritating people in that way so much that they are trying to make up words like ‘go away heat.’ This is actual irritation that I am causing people. And I am trying to do it as much as possible. I don’t want to be cool. I want to walk out and watch people’s faces just turned to anger and frustration. I am getting the middle finger from an 8-year old kid to a 90-year old grandmother.”

“I think it is fantastic and I think more people should take pride in that ability. And I do not take cheap shots to get it. I am not a guy that comes out and says ‘your town sucks.’ I take pride in everything I do and just getting that pure hatred from a fan.”

It’s amazing that King Corbin can get so much heat, but the people of Corbin, Kentucky decided to rename their town after him. It just goes to show that sometimes you can be really good at being bad.