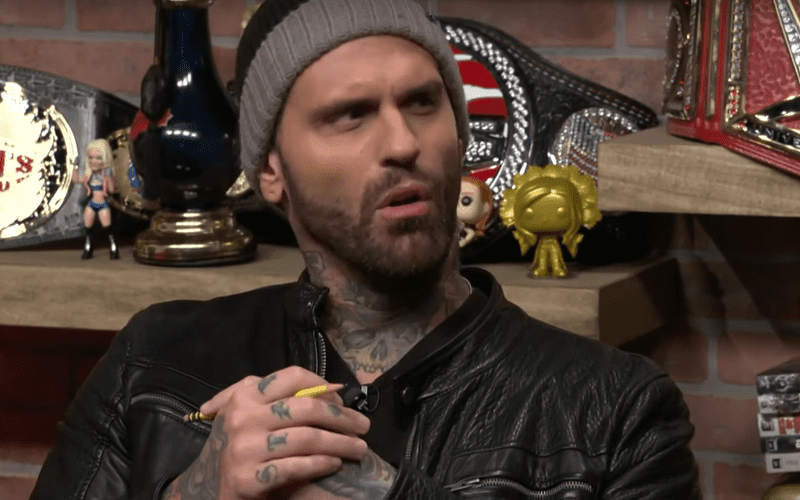 The opinions of Corey Graves have always led to some form of controversy, whether it comes from the man himself or people passionately disagreeing with him.

It’s one of the reasons why we think WWE is such a fan of his work, because he just says it like it is – even though others within the WWE Universe will accuse him of being biased towards the company.

One thing that we don’t think anyone in their right mind would disagree with, though, is how he feels about the latest episode of Monday Night RAW.

Graves made it crystal clear that he was really impressed by what he saw on RAW this week, and in particular, the ladder match between Andrade and Rey Mysterio for the United States Championship.

Those two guys went out there and tore the house down in a big way, firmly establishing Andrade as one of the top guys that WWE has at their disposal on the main roster.

Corey noted that he doesn’t usually enjoy watching rematches, but that he’s not going to tire of watching these two men going toe to toe anytime soon.

As we look ahead to the remainder of 2020, it definitely feels as if the landscape of WWE is going to look drastically different once the year comes to an end. For one thing, we have to wonder whether or not RAW is still going to be viewed as the flagship show. Either way, putting on episodes like this definitely won’t hurt them.