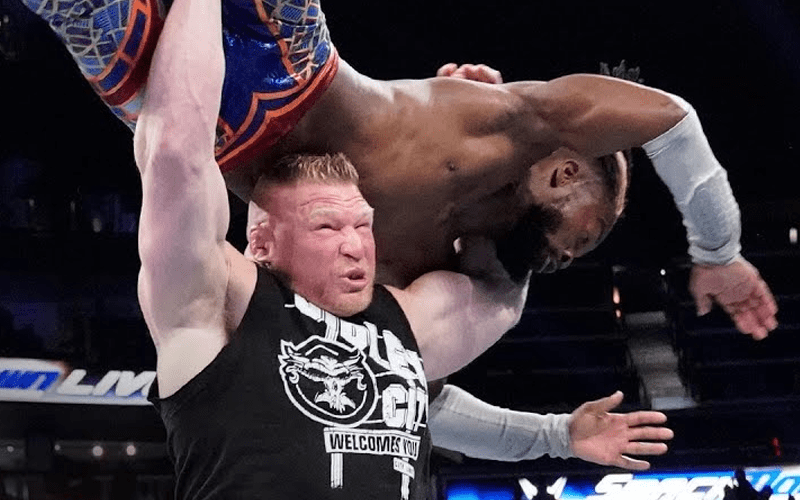 Kofi Kingston was happy to announce that Big E and himself are going to be in the Royal Rumble match this Sunday. Another big man in that match also has Kingston’s eye.

While on WWE The Bump, Kofi Kingston was asked about getting another shot at Brock Lesnar. Kingston doesn’t know what’s going to happen during the Royal Rumble, but he’d love to seek some retribution against Brock Lesnar for taking his WWE Title in six seconds.

“Who knows? A lot of people have been wondering about that myself included, but that’s the nature of the Royal Rumble is that you don’t know what’s gonna happen — that’s why you watch.”

“You know I’d love to get in there and mix it up with him, payback, you know?”

When asked about his new blonde hair Kofi Kingston said it’s gold “in the right light.” We’ll have to see what is in store for Kofi Kingston in Houston, but we might see him squaring off with The Beast Incarnate once again.