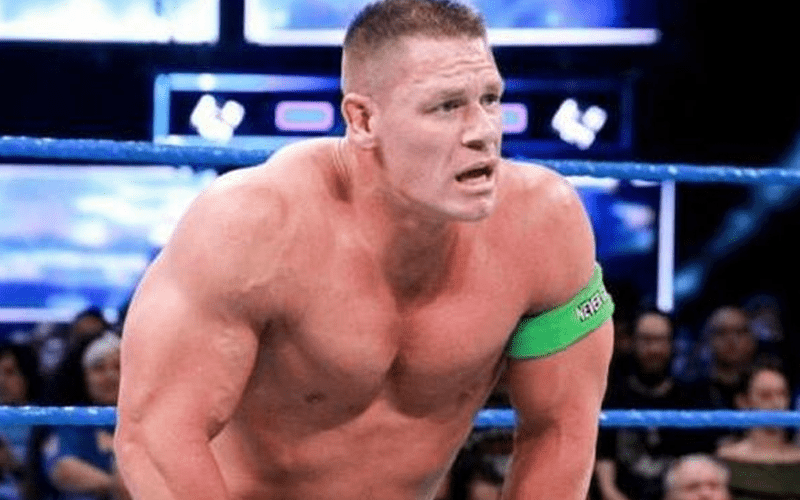 John Cena’s moveset is just as famous as his look. The denim jean shorts and sneakers made him stand out as the Dr. Of Thuganomics and the jorts didn’t go away.

Cena recently appeared on the Late, Late Show with James Corden where he explained why denim shorts were his attire of choice for years. Apparently when he went with cargo shorts he would have issues with blowing out the crotch and exposing his junk to the WWE Universe.

“Tough to do that in your underwear, tough to do that. So I also wore sneakers while most guys wear calf-high or knee-high leather boots. I’m pretty much in street clothes, I chose denim because you don’t blow the crotch out of denim. I tried cargo pants and in front of the world a few times.”

“Here I am trying to put my life on the line with a superstar that I’m trying to have a match with and everybody’s just looking at my dick. Denim is a safe play. They’re back in, so I kind of stood the test of time!”

John Cena reportedly wants a substantial role at WrestleMania this year. The Royal Rumble is coming up on Sunday so that seems like a logical time for him to reappear. We’ll have to wait and see if Cena and his jorts make an appearance in Houston, but he’s certainly already created a lot of memories in his unique ring attire.