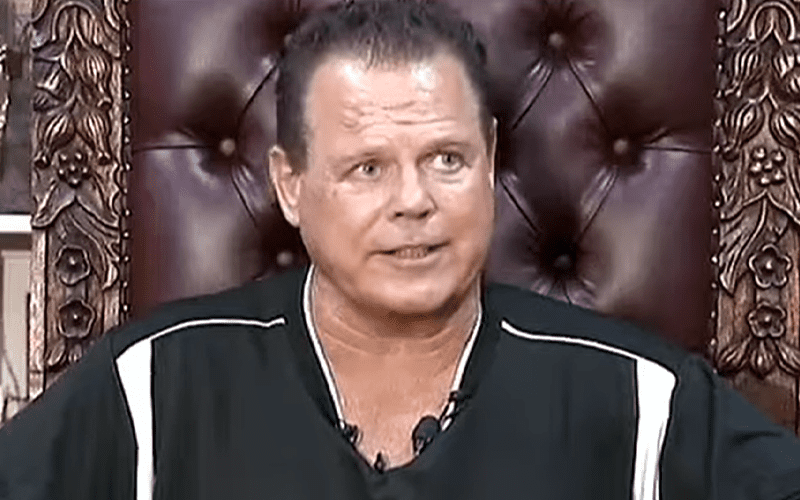 Jerry Lawler is a WWE Hall Of Famer. He is also still performing in the ring even though WWE won’t medically clear him to wrestle. Lawler is still making dates and recently became a champion in a Title vs Career match.

During Cerrito Live, The King brought up a very interesting story. Apparently, Daniel Bryan asked him if he would be willing to run a seminar for the current WWE Superstars. Bryan praised Lawler for being one of the only guy left who can impart that knowledge. It didn’t work as Lawler denied Bryan’s request.

“I was just walking down the hallway and Daniel said, ‘King. King. I was gonna ask you something,’ and I said, ‘what?’ He said, ‘we were kind of bantering around the idea of asking you if you would like hold a little seminar with all the guys and pass your knowledge of your trick, your knowledge of the tricks of trade along with the guys. There’s nobody left that throws the fire. There’s nobody left that does a lot of the things that you did throughout your career. We all thought it would be great if you could just get all of the young guys together and kind of pass along some of these secrets that you used throughout your career’.”

Jerry Lawler turned down Daniel Bryan’s request to hold a seminar for the other Superstars. He then proceeded to discuss how he watched Superstars like Jackie Fargo back in the day and tried to emulate his style.

“I did tell him everything, especially if you’re talking about punching and things like that. Nobody ever sat me down and said, ‘here’s how you throw a punch or something like that.’ Everything that I picked up I just did by watching and trying to emulate the people that I liked.”

“I just remember, to me, when I was a fan and growing up and everything, the guy who I thought threw the best punch was Jackie Fargo. He was my hero, and I tried to throw punches like Jackie Fargo. I was just watching on YouTube the other day a match between Jackie and I, and I thought golly that’s where I got it. You know just watching the jabs that he threw and different punches. He was my hero when it came to things like that, but I mean a lot of this stuff I just saw. I didn’t really pick up on it that way with somebody just coming to me and saying this is how you do it.”

Jerry Lawler would have been able to teach the WWE locker room a ton. For some reason he declined to pass that knowledge along. Perhaps he will eventually change his mind because he’ll be around RAW as a commentator.