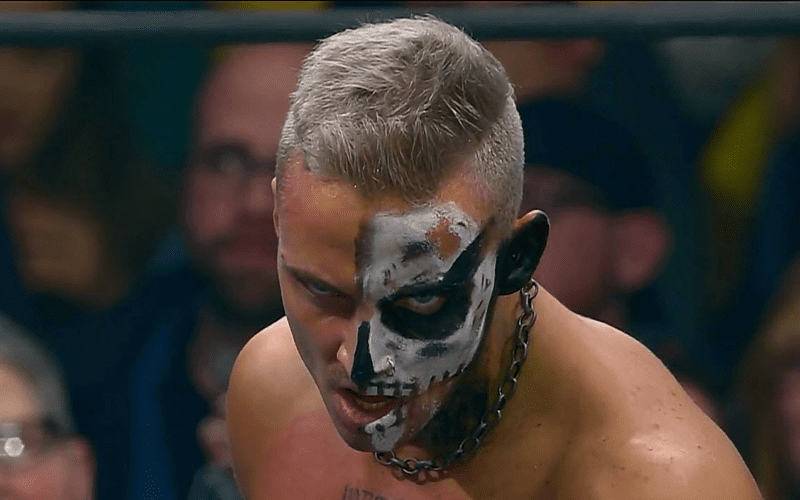 Darby Allin has a skater gimmick in AEW because that’s who he is. When WWE debuted a new set for RAW that looks like a half-pipe weeks after Allin’s AEW debut he told Wrestling Observer Radio that fans certainly let him know.

“They tag me in that sh*t all the time,” Allin said while on the Chris Jericho Cruise.

“I can’t… it’s funny, yeah, but I ain’t going to f*ckin’ WWE,” Allin said. Dave Meltzer said that Darby Allin had to make a choice between WWE or AEW and Allin was quite forward with his reason for going All Elite.

“It’s easy… 205 Live or like, proper respect as a performer and as a human being. You talk about all this stuff you see in these old videos about WCW and how the Cruiserweights were kinda like disrespected and all that stuff. It’s funny how people talk about all that stuff like it’s a harsh thing. It’s like ‘I feel so bad they can’t be in the main event’ — same thing is happening today. You really think I wanna go there and sit on a show that nobody watches and friggen act like… I don’t know man.”

“Here it was pretty obvious and here I can be in charge of — I make my own promos, creative, everything I do it myself.”

205 Live is on after Friday Night SmackDown on the WWE Network. Darby Allin decided to go with a company that put him on TNT every Wednesday at 8:00 PM EST. It was an easy decision for him, but WWE still has a roster full of 205 Live Superstars trying hard to get noticed as well.