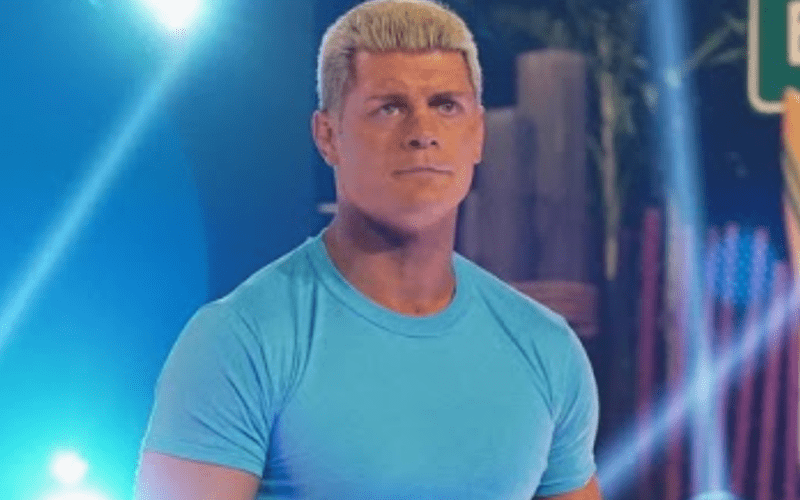 AEW Dynamite is coming from the Chris Jericho Cruise this week. It will be a very interesting setting and All Elite Wrestling wants to do it all again next year. They also have plans to make it bigger.

Click here for our complete AEW Dynamite spoilers from the Chris Jericho Cruise.

During Wrestling Observer Radio, Dave Meltzer revealed that following Dynamite’s taping Cody Rhodes came out and he had a very big announcement.

“It went off the air and then Cody came out. Cody talked about the dates of the cruise next year and said ‘I’ve already got it confirmed next year AEW is gonna be part of this ship again’ everybody’s cheering like crazy. Then he says, ‘Next year we’re going live.’ No two airplanes — they are going live.”

It will be very interesting to see what kind of system AEW works out to air Dynamite live from the Bahamas next year. They had to fly two planes back with the master tapes this year to ensure that the tapes got back to Atlanta for editing.

There was also a considerable amount of things that they need to cut out of this year’s Dynamite from the Chris Jericho Cruise. Let’s see what they have planned.