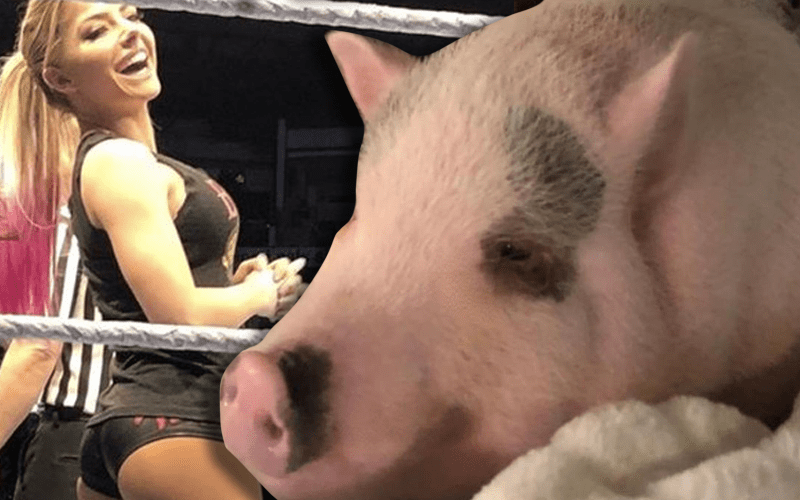 Alexa Bliss is a fan favorite and a lot of people like different parts about the Five Feet Of Fury.

“Because he’s Southern and he has two first names. I got him from Nashville and I couldn’t figure out whether to name him Larry or Steve so why not both?”

Bliss said owning a pet pig is like “having a four-year-old child that constantly throws temper tantrums.” Then they asked the hard-hitting question about Bliss having an issue with fans liking her booty pictures more than those of Larry Steve.

“You know here’s the thing, I think Larry’s a lot cuter than my butt so I feel like he needs to get all the likes in the world.”

Alexa Bliss would 100% recommend getting a pet pig and she obviously loves Larry Steve. That still probably won’t change fans’ proclivity to smashing that “like” button on photos of her butt more than her precious piggy.