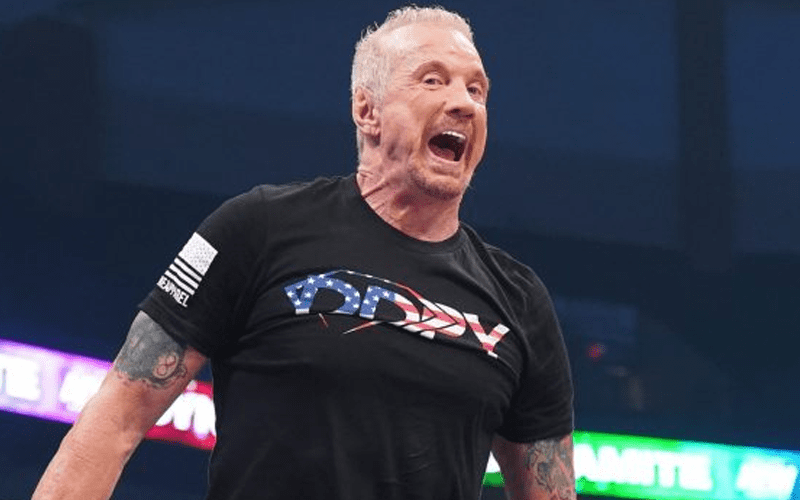 DDP has wrestled for many years and has seen different backstage atmospheres. He is a big fan of the way AEW is running things.

While speaking to Wrestling Inc, DDP explained the difference between AEW and WWE’s backstage environment. AEW is much more laid back, but they still have a job to do. WWE micromanages their Superstars and spoon feeds them every meticulous line.

“The biggest difference [in AEW] is ‘here’s what we need to get in, go cut yourself a promo.’ [In WWE] it’s spoon-fed to you with all of the writers that WWE has and I don’t know – if I had to read what those guys were writing and it wasn’t coming from my soul – I don’t think I would have gotten over. They had this one vision and I had a whole another vision.”

“Back in WCW I could write everything myself because they didn’t think I was gonna do anything. With BattleBowl in 1996 I just started, ‘When it’s all said and done, there could only be one’ which was right out of Highlander… I started talking about the Diamond Cutter as the greatest finishing move on the planet… Just promoting it and treating myself as a nightclub. When I had a nightclub, I was responsible for the asses in the seats. So now, I had to get people to get this.”

DDP wrestled his first match for AEW last week on Dynamite. Odds are he hasn’t laced up his boots for the last time either. We’ll have to see what’s next for Diamond Dallas Page, but he isn’t slowing down and neither is All Elite Wrestling.