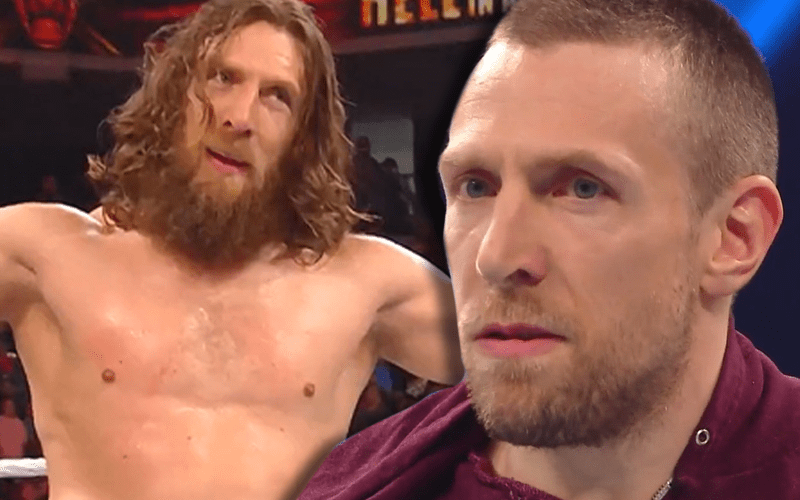 Daniel Bryan gave his beard and hair plenty of time to grow. Then The Fiend snatched all of his hair away. This was not the original plan.

While speaking with My San Antonio, Daniel Bryan revealed the initial plan to lose his hair. It was just supposed to be his beard at first. The idea was that ripping out his beard would strip away Bryan’s identity. They ended up going with the hair too.

“Actually, it was my idea. And my idea was not the hair, it was just the beard. I had kind of pitched this to them as this idea of, ‘OK, how do we extend this story with Bray Wyatt,’ which is what they wanted to do, because he’s already defeated me cleanly, right? How do we do that? One of the things to me was that he’s changed people’s character so much when he’s faced them. And by him ripping out or cutting my beard, it would be this idea that he’s stripping me of part of my identity. That was my kind of pitch to them. What actually happened? They said, ‘Well, yeah, then he can cut your hair, too!’ And I was like, ‘No, I don’t really want that. I don’t want my hair to be cut.’ I kind of wanted my hair to be longer. Just wrestling wise, I like that.”

The process of making everything work on live television was also another matter. When the ring is surrounded by fans and cameras feeding the show directly to Fox that can make things a bit complicated.

“But then, the day of, we’re like, ‘OK, well, he will rip out some of your hair.’ You’d have to understand the mechanisms that are going on while this is happening. We’re in a live TV show, right? So, they pulled me under the ring, they’ve got two barbers there who are in charge of like, getting my beard off and getting hair off so there can be this appearance of him ripping out my hair and all that kind of stuff. And we have a minute and a half of TV time left on the live show. And there’s also a producer down there, who’s saying, ‘We need more hair, we need more hair, we need more hair!’ And it’s completely dark under there. We were all so crammed in this little area because there’s also like real stuff under the ring that needs to be under the ring. It’s just all in this crammed little area and these guys are cutting my hair and cutting my beard really quick and they’re supposed to just to cut X amount of hair off, which wasn’t as much as they ended up doing. But the one guy on one side did a great job. They actually both did a great job considering the circumstances. But one guy just went a little too tight and a little too high. And then, after the show, they did their best … they tried after the show for like 45 minutes to make it like not just a shaved head. But that was the best we could do under the circumstances.”

“And it’s really funny, because as different as it is for my character, I knew I was in trouble, because my wife hates shaved heads. She’s never liked them, and I texted her immediately after. I said, ‘You’re not going like this.’ And her response was ‘What did you do?’ And I know I’m in trouble because she knows that this idea of the beard thing was my idea. So, my idea has led me to this. And I tried to take a couple pictures before I FaceTimed her, but none of them were good. And I was just like, ‘OK, I better just FaceTime her.’ And then, you know those conversations that you have with your significant other where it’s like, they’re really quiet and you can just see the anger. This was one of those kinds of things. But luckily that happened the day after Thanksgiving, and then I flew home that Saturday, and we had a bunch of family and stuff there, so she couldn’t be too outwardly mad. Then after a day or two it blows over. She just gets used to it, and that’s sort of how it all went down.”

Now Daniel Bryan is prepared to take on The Fiend at the Royal Rumble. We’ll have to see how everything turns out. No matter what happens it doesn’t change the fact that everyone was impressed by how it didn’t appear that Daniel Bryan aged a day since 2009 when he removed all of that hair.