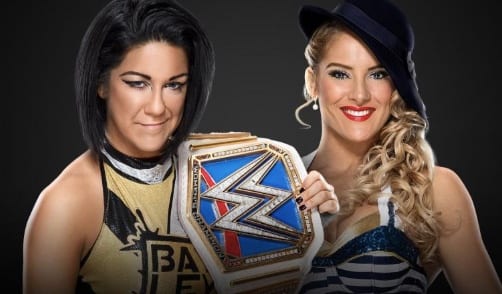 As seen on Sky Bet, the betting odds for Bayley vs Lacey Evans at WWE Royal Rumble have been released.

The Royal Rumble is already shaping up to be a pretty fantastic show from top to bottom, from the Rumble matches themselves all the way through to the title bouts. Now, with Bayley vs Lacey Evans being added, we’ve got a seven-match card to sink our teeth into.

Evans has slowly but surely been trying to win round the WWE Universe in recent months, whereas Bayley continues to sit at the top of the division as champion as the Road to WrestleMania gets closer and closer.

At this moment in time Bayley is still very much the favourite to get the job done and retain her title at odds of 1/2. Evans, on the other hand, is a 6/4 underdog, although some fans believe that the possibility of a Bayley vs Sasha Banks match at WrestleMania 36 could lend a helping hand to the possibility of Evans winning here.

There’s no one way to do Bayley vs Banks and it doesn’t necessarily need to involve the title, opening the door for Evans to potentially capture the belt at the Rumble and go on to defend it at Mania.

In all likelihood the odds are probably correct and Bayley will be the SmackDown Women’s Champion when the Royal Rumble goes off the air, but that shred of doubt is going to keep people watching this one to see how it all transpires in Houston.