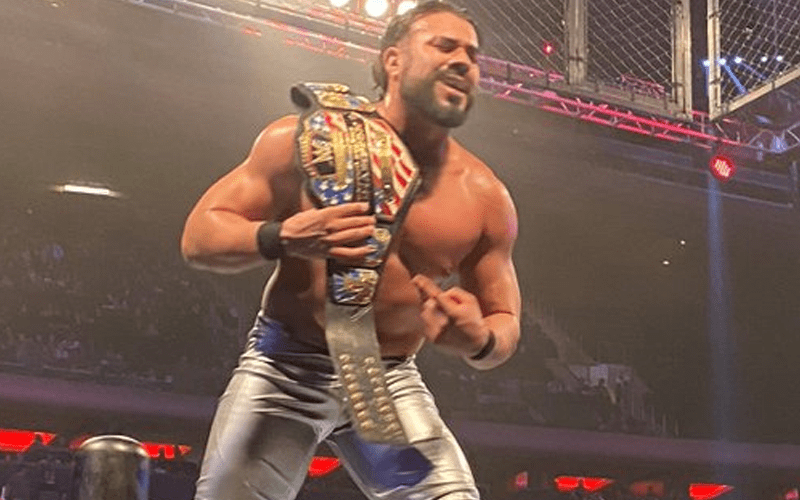 In the wake of his big win on Monday Night RAW last night, Andrade seems to be making his way slowly but surely up through the ranks of WWE.

He may not be a bonafide main eventer just yet, but it definitely feels like there’s a chance he could go on to do some really big things in the company if he’s given the push he needs from the higher-ups.

While he may be basking in the glory of his victory, Andrade is also able to take a step back and realize what a huge year he could have in front of him in 2020.

The expectation is that he’ll have a match of real importance at WrestleMania this year, but with the United States Championship not really getting a ‘showcase’ moment since back in 2015 (the fatal-four-way doesn’t count), there is every chance he could end up in the Andre The Giant Memorial Battle Royal.

We all hope that doesn’t happen but it’s definitely on the table, although we’d have to imagine that he’ll be pushing for something much more notable than that.

The Rumble itself will offer up a great chance for Andrade to prove himself to the masses once again and while we think him winning it all seems incredibly unlikely, you just never know.

This feels like the Rumble that is going to see a whole host of fresh young stars bursting through into the main event scene, and Andrade is a really big part of that.