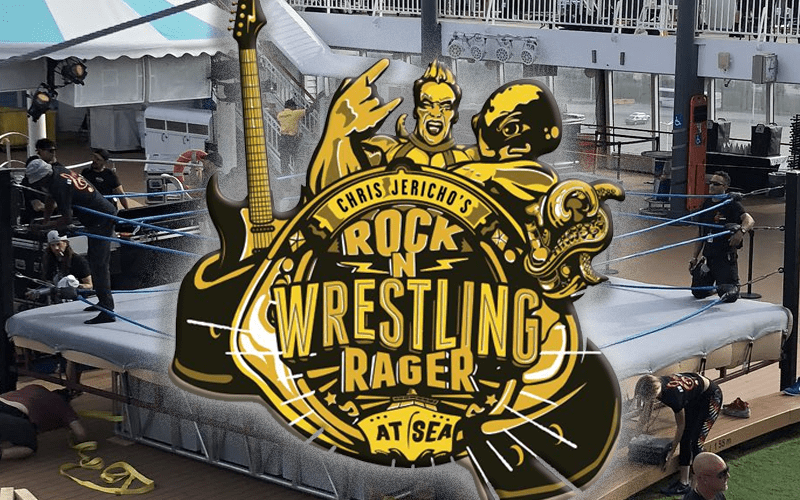 AEW is on the Chris Jericho Cruise right now. Fans are getting to watch pro wrestling in a very unique setting. It will be very interesting to see how everything looks on television.

It was noted on Wrestling Observer Radio that the ring on the Chris Jericho Cruise goes right up to the guardrails. There is no space for wrestlers to hit any outside the ring dives or brawl at ringside.

It was noted that this might be an issue since Dynamite has consistently featured such high-flying action.

They noted that the ringside area might be adjusted when they record for Dynamite. If they don’t move things around then we’re likely to be in for an interesting night of pro wrestling.

Another thing that might be worth paying attention to is the fact that they are on a cruise ship without a roof. Sailing in the Bahamas can be fun, but it can also result in a sudden downpour due to tropical weather.

If it starts raining on the ring then there’s nothing they can do to carry on. Dave Meltzer noted that they can always postpone the matches until after it stops raining. They also need to get those master tapes back to the United States to air on TNT this week.

We previously reported that AEW is using two planes to ensure the Master tapes get to Atlanta.

We’ll have to see what AEW ends up airing on Dynamite this week. It really will be an interesting show.