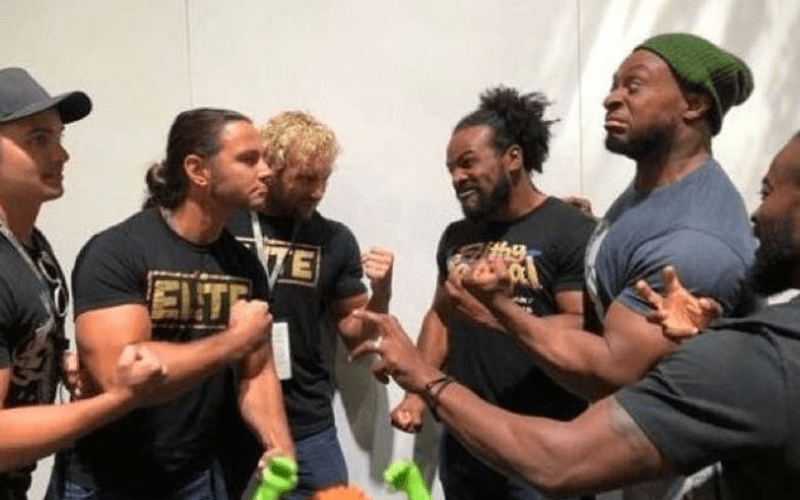 The New Day have battled many opponents in the five plus years they’ve been together. There are still dream rivals for The New Day and a few of them aren’t even in WWE. That makes things difficult.

During The New Day: Feel The Power, Xavier Woods brought up one dream match of his that will probably never happen at this point. The New Day and The Elite have not went to war in the ring, but it did happen in the video game world. This is something Woods would love to change.

“Obviously as a group we haven’t gone up against the Undisputed Era, so I would love that, but one that is more of a fantasy and probably won’t happen — I hope it does at some point — would be going up against [deep breath] The Elite, specifically Kenny and The Bucks.”

“So, essentially we had a taste of that. We had a Street Fighter competition at E3. We were bringing wrestling worlds together. We were having companies collide and showing them that everyone could just have a good time. Wrestling should just be wrestling for the sake of people’s entertainment because that’s what we’re doing. That’s what this is all about.”

“It would entertain the absolute hell out of me to be able to wrestle those boys.”

The New Day just inked new five-year deals with WWE. Since The Elite are all Executive Vice Presidents of AEW it makes a possible match seemingly impossible to imagine. You can never say never in pro wrestling because there would certainly be a lot of money to be had in that six-man tag team match.