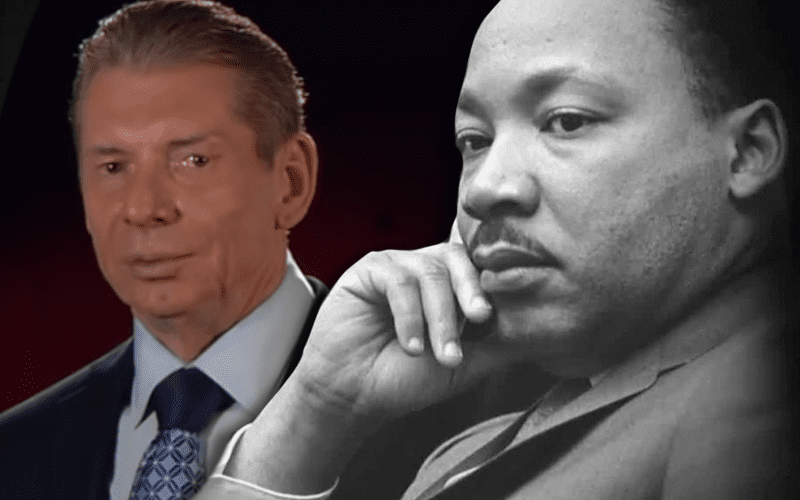 Today is Martin Luther King Day in America. Schools are not in session it’s a federal holiday. It is apparently Vince McMahon’s favorite day too.

McMahon tweeted out a really well produced video celebrating MLK Jr’s life. The video wasn’t the issue at all because it’s really quite good. Fans had a big problem with Vince McMahon captioning this video with:

Fans started dragging McMahon from the jump. Some asked him to stop lying while others suggested that he delete the tweet. Plenty of disapproving memes were also posted.

There were over 350 replies as of this writing and a majority of them are similar to the those you can find below.