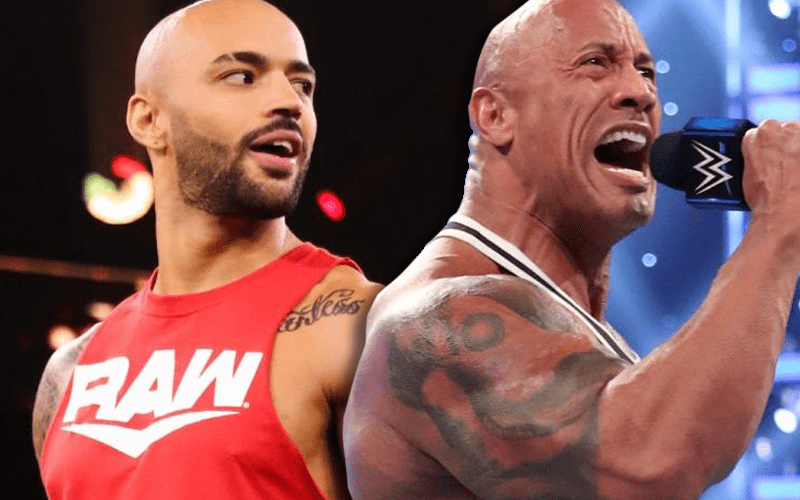 Ricochet has received praise from all over since breaking out in WWE. The Rock even commented on how The One And Only is the future of the business. That being said, The Rock probably wouldn’t mind if Ricochet borrows one of his moves.

The People’s Elbow is exclusive to The Rock. Ricochet has his own version of this iconic wrestling move and he’s done it before. This move hasn’t been tested on television yet, but Ricochet stated that he’s just waiting for his opportunity.

Waiting for the right time to bring it out.

Ricochet is very exciting to watch in the ring and you never know what he will do next. It looks like he could break out one of The Great One’s signature moves when the time is right.