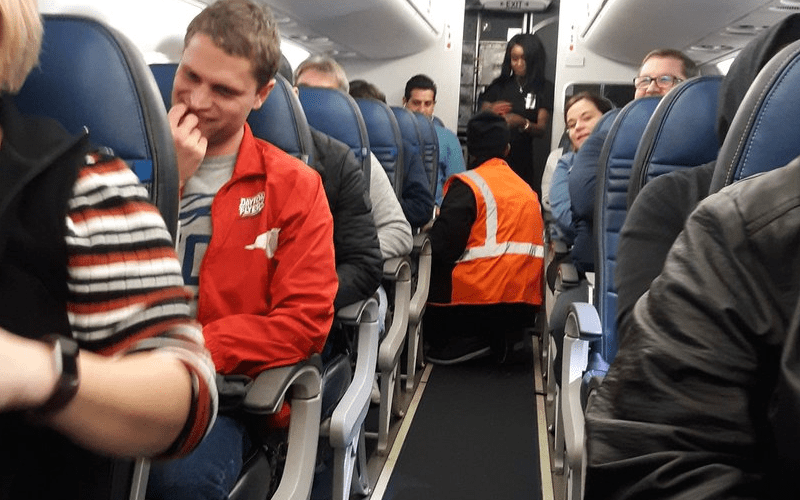 Pro wrestlers are usually bigger than average humans. This is definitely the case for Madman Fulton.

The former SaNITy member is now with Impact Wrestling. He recently encountered an issue on a United flight when he sat down and his seat broke. Zachary Wentz sent out a photo of Fulton’s situation, but Madman warned not to mock him.

Don’t you mock me!!
This is a serious problem! @united is not designed for a #BigFnMonster !!!

Madman Fulton provided some updates. The flight was delayed while they fixed the seat. The stewardess was also pretty irritated about this situation.

UPDATE THE MONSTER DELAYED US!!!!! @TheJakeCrist has the plane booing and jeering him. It’s a travesty out here folks.

Let’s hope they are able to take off soon.