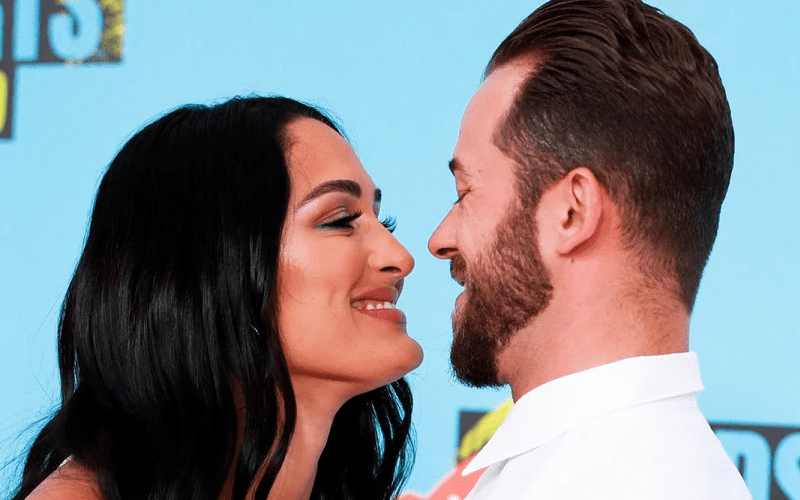 Artem Chigvintsev and Nikki Bella are set to be married. No date has been announced yet, but they are happy enjoying this portion of their relationship.

Chigvintsev recently sat down with Lilian Garcia on Chasing Glory where he opened up about his relationship with the Bella Twin.

The two met while on Dancing With The Stars together. Artem explained that her passion to continue working so hard to perfect her dancing abilities really impressed him. They became close and he appreciated her as a friend and someone who can understand his busy life.

“Obviously, when you’re on a show I kid you not there are no days off. You’re trying to find time to rehearse at any point in the day simply because you’re under so much pressure to do better next week because it’s kinda — this is what you strive for. This is what you’re here to do.”

“I love that side of her. To me that was like, admirable in a sense because I felt like I haven’t had that in a very, very long time. She’s like SpongeBob cause she’s like, ‘No I wanna learn this, I wanna learn that.’ I was like, ‘Oh my god, this is amazing.'”

“So knowing that side of her it kind of like made me understand who she is as a person. You know and I think that’s where I was like, ‘Wow, she’s really cool.’ Like she’s an awesome person to have as a friend, you know. That’s where it really started because after the show ended I went on a tour. Then it was at one of those farmers’ markets, it was like Christmas time and I was like, ‘Hey I’m gonna be in town do you want to hang out? Do you want to grab a coffee?'”

That one coffee at a farmers’ market turned into a lot more. We’ll probably see much more of those two as time goes on, especially when Total Bellas returns for season five.