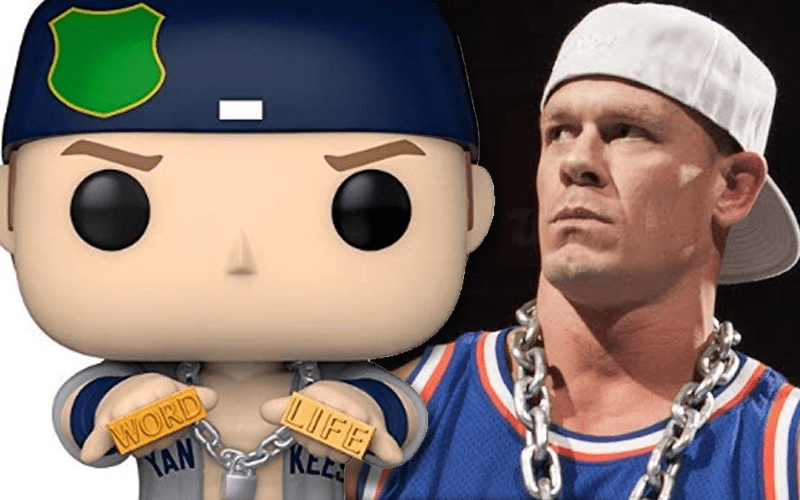 John Cena entered into the WWE Universe showing Ruthless Aggression. His Dr. Of Thuganomics character was a fan favorite as he spit insulting rhymes at his opponents. Now fans can own a piece of his history in Pop form.

Funko has released several special WWE Pop Vinyl figures in the past. They even made a transparent John Cena because you can’t see him. Now they are dipping into the past a bit.

The new line of WWE Funko Pop Vinyl figures will include a Dr. Of Thuganomics John Cena. These are currently available for pre-order with a February 23rd release date on Amazon.

You can check out an image below showing off the new design.