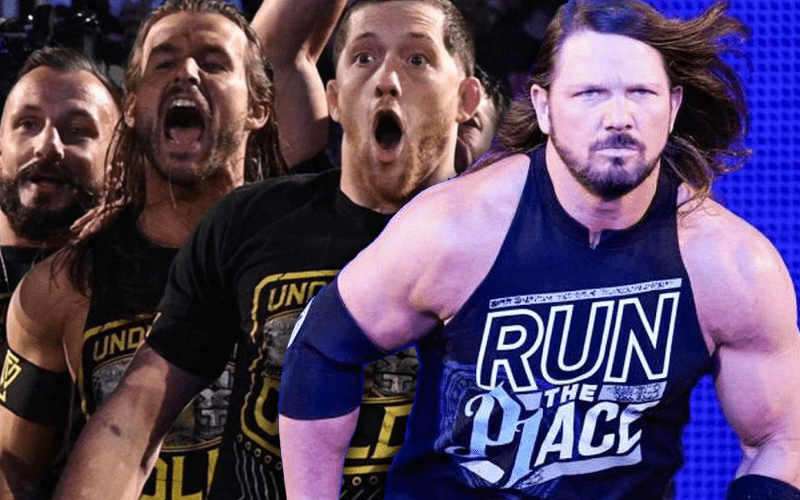 The OC and the Undisputed Era never quite got to hash things out the way a lot of fans wanted to. You can never say never in WWE.

Bobby Fish tweeted out a message to AJ Styles saying that he’s a “bumpkin.” He said that Styles was no match for them as reDRagon and the Undisputed Era would have no problem either.

God almighty, ⁦@AJStylesOrg⁩ is such a bumpkin! No match for reDRagon then and no match for #UE now.. Dems the facts, kids!

The link in Fish’s tweet was to an ROH Instagram post showing a picture from AJ Styles vs Bobby Fish from the Atlanta stop of the 2015 Winter Warriors Tour. Let’s see if this could be the beginning of something more in WWE as those two stables continue to stay separated by brand lines.