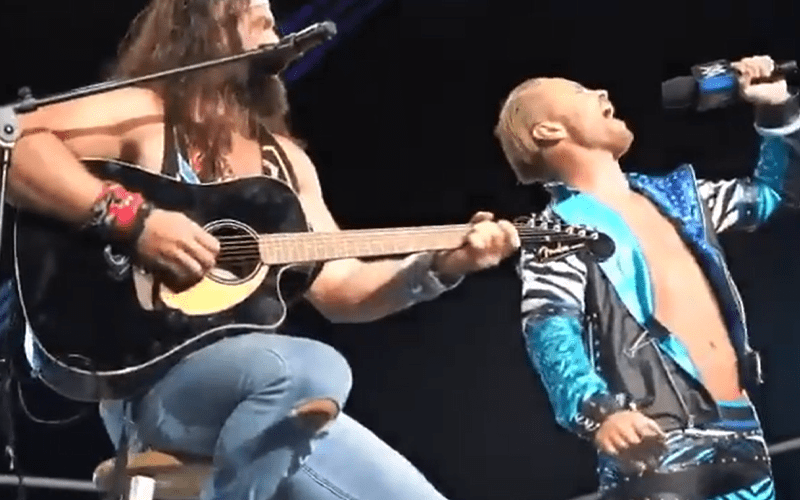 Elias is a babyface now which means he gets to appeal to the hometown crowd. He did this in a big way recently when WWE went to Knoxville.

Drake Maverick sang Rocky Top along with Elias for a bit. Maverick tried his own brand of singing. Then he decided that he would rather beat down The Drifter. Maverick didn’t seem to appreciate this as he tweeted out his opinion on the popular local tune.

We’ll have to see if Drake Maverick and Elias will carry on their feud during Friday Night SmackDown. At least the fans in Knoxville seemed to enjoy themselves.