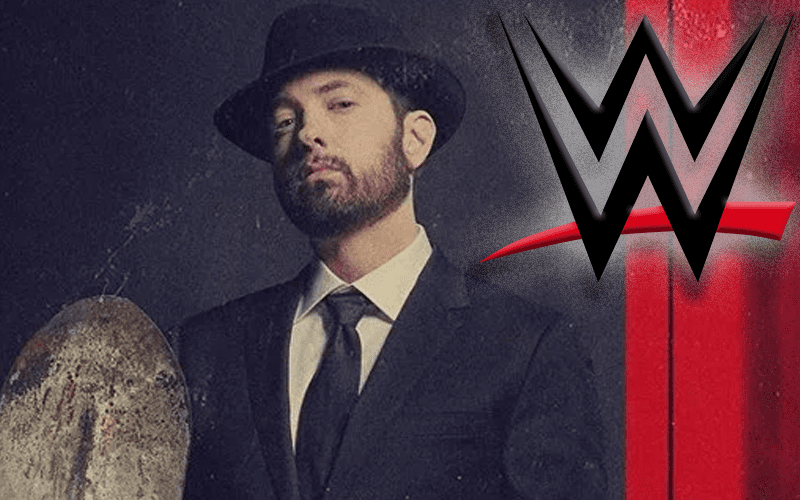 Eminem’s new record ‘Music to Be Murdered By’ dropped yesterday and it’s blowing up the internet. One of the best songs on the new record is “Godzilla” featuring late rapper Juice WRLD. That song includes some nice WWE mentions.

Eminem raps about Bobby Heenan and says that he “wrestles with mania.” It’s a pretty nice mention in an Eminem song.

I can swallow a bottle of alcohol and I’ll feel like Godzilla
Better hit the deck like the card dealer
My whole squad’s in here, walking around the party
A cross between a zombie apocalypse and big Bobby “The
Brain” Heenan which is probably the
Same reason I wrestle with mania

Kayla Braxton loved the new Eminem album and tweeted about it. She also sent out an Instagram story paying special attention to “Godzilla.”

There were some rumors floating around that Slim Shady might have been considering working on WWE 2K20. Eminem might have dodged a bullet on that one since the game turned into a travesty. It’s nice to see that some pro wrestling references still made it in ‘Music To Be Murdered By.’