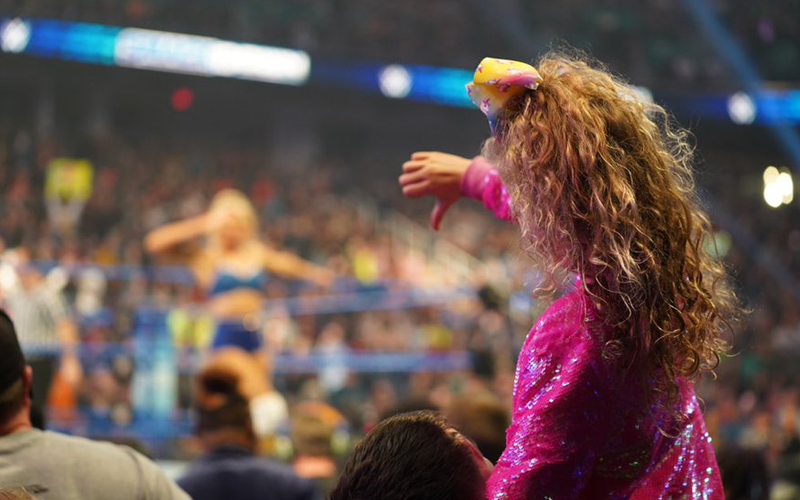 Bayley will defend her SmackDown Woman’s Title at Royal Rumble against Lacey Evans. This feud was started in a lot of ways because they got Evans’ daughter Summer involved in this situation. That tactic is not going away.

Evans’ daughter was in the crowd last night to watch her mom’s match against Bayley. Then the SmackDown Women’s Champion used a photo of Summer against Evans as she made it appear that her daughter was giving her a thumbs down.

Even her own daughter knows she is TRASH. Good job, Mommy.

Lacey Evans probably has a lot to say in response to this shot from Bayley. She might answer back, but it will only give the Lady Of WWE more fuel to bring it at the Royal Rumble.