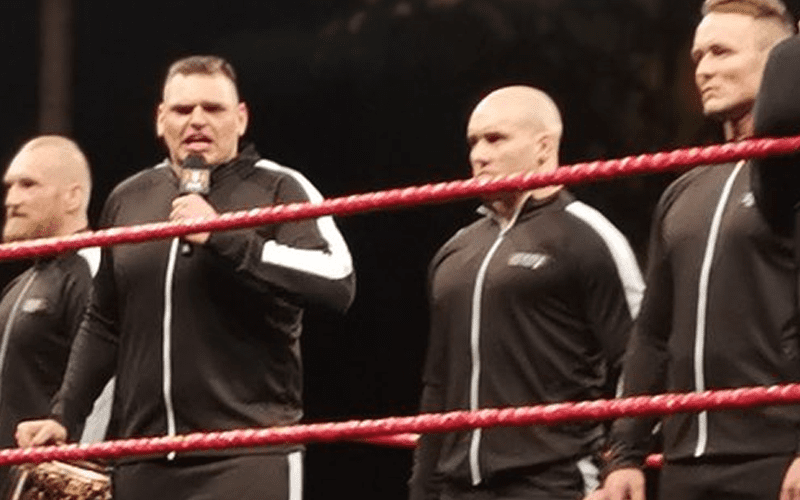 WWE has several titles, but the WWE United Kingdom Title is no more. Now that title belongs to the NXT UK brand.

Click here for all of the NXT UK television taping spoilers.

During today’s NXT UK television tapings, Walter was presented with a new title. They made this big presentation during Imperium’s opening segment.

The title looks pretty much the same as before, but it has an NXT logo instead. You can check out some fan videos of the event by checking out the space below.

Walter actually appeared with this title already, but the official presentation went down today.