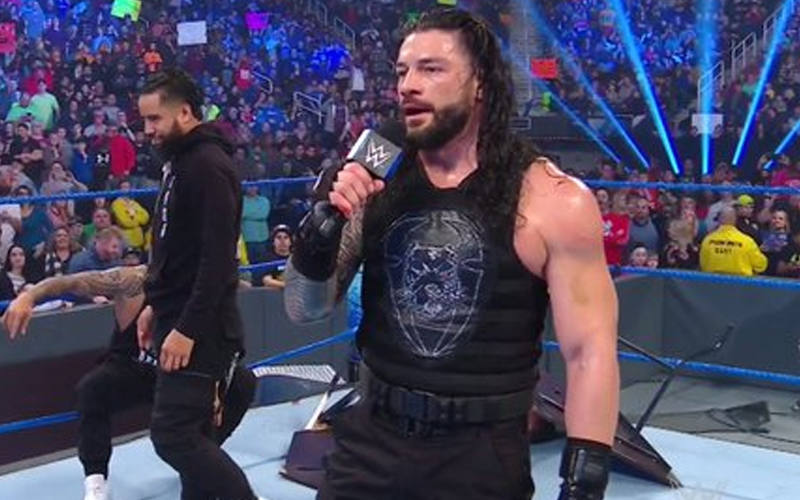 Roman Reigns is facing King Corbin at the Royal Rumble. King Corbin thought that he would have an easy win if he got to pick the stipulation for their match. That did not turn out as planned.

Roman Reigns and Robert Roode faced each other in a tables match that closed out Friday Night SmackDown this week. If Roode won then Corbin picked the stipulation, but Roman was fighting for himself.

Corbin tried to use strength in numbers along with Dolph Ziggler to steal a win, but he forgot that The Usos are back.

Jimmy and Jey Uso soon rushed the ring and evened up the odds. This gave Roman Reigns a chance to spear Robert Roode through a table.

After he won, Roman Reigns said that he will beat King Corbin all around the baseball stadium in Houston. They will face each other in a falls count anywhere match on January 26th at the Royal Rumble.

King Corbin did not seem too happy about this.