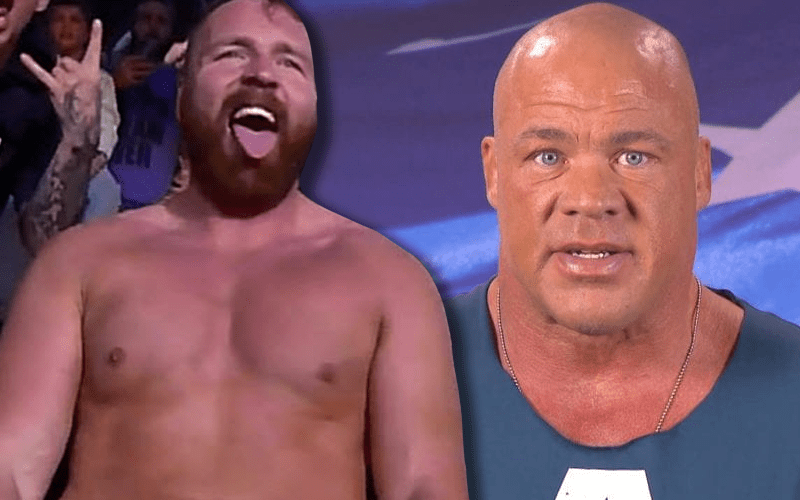 Kurt Angle knows something about leaving WWE and coming back. Jon Moxley recently left WWE to seek out his own fortune and now he’s in All Elite Wrestling. Angle didn’t specify if it will take Mox as long as it did for himself to make a return to WWE, but the Olympic Hero believes Dean Ambrose will return.

While speaking to GiveMeSport, Angle mentioned Jon Moxley. He stated that Mox is doing his own thing and needed a change. There’s no faulting Moxley for that, but Angle said a time will come when the Lunatic Fringe will be back.

“Dean wanted a change and an adjustment, maybe he felt he wanted to work less and felt that he wasn’t being appreciated. He made the decision for himself and if he feels it’s the right decision I’m happy for him. But WWE is the biggest company in the world at it will continue to be. I believe Dean will be back.”

Jon Moxley is still running strong in AEW and his multi-year contract there is just beginning. He also gets to enjoy wrestling in NJPW and has stated that he intends on wrestling in Japan until he retires.

WWE might not allow him to work at Wrestle Kingdom, but you never know how time can change things for anyone involved in that situation.