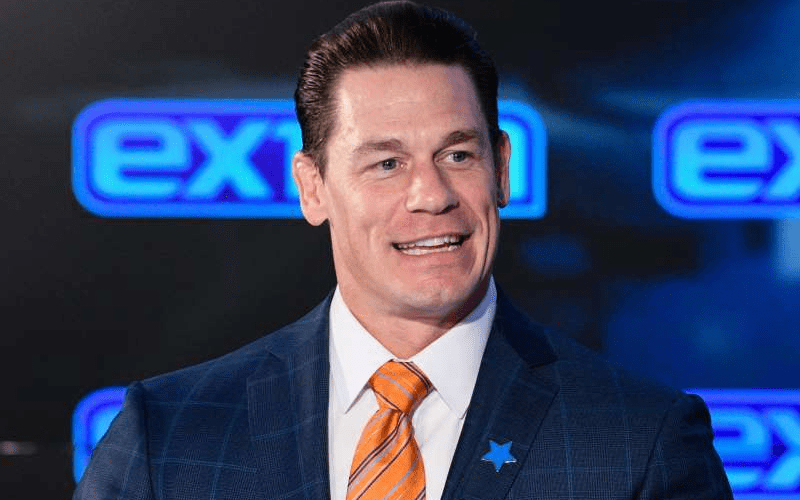 John Cena is not able to wrestle in WWE much anymore due to Hollywood. 2019 was the first year in forever that Big Match John didn’t compete on a WWE pay-per-view. This is something John Cena certainly realizes, but he can’t make both professions work at the same time.

Collider recently spoke to John Cena about his current Hollywood career. He admitted that there was a time when he tried to work on movies and be a WWE Superstar. That couldn’t happen because his heart wasn’t fully in either passion.

“I tried to split them before in 2004, ‘05, ‘06 when I did all those movies for WWE. The movie thing failed because my heart wasn’t in that. Now my heart is in this. I have to enjoy this and not long to be someplace else, not have that fear of missing out. As much as most of the people who tell me that I suck at the top of their lungs are like, “Man, you got to come back.” I’m invested in this and I really am enjoying the ride.”

John Cena reportedly wants a “substantial” role at WrestleMania this year. We’ll have to see if he can work it out in his busy schedule.

Cena is making a lot of money in Hollywood and tons of people rely on him to be healthy so they can film the movies that he stars in. Perhaps he will be able to split his time in the future, but Cena also knows that he must be able to concentrate fully on something for it to be a success.