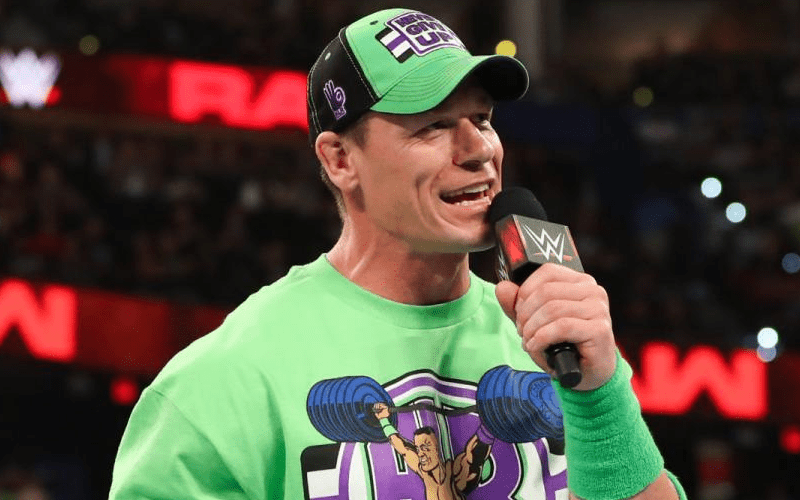 John Cena has one big movie coming out after another. He learned a lot as a WWE Superstars and still has a lot to give. Now he must figure out a way to help others while continuing on his current career trajectory.

Collider recently spoke to John Cena about his current career position. He can’t wrestle much in WWE anymore due to his outside commitments. That won’t keep him from influencing Superstars when he can. Cena revealed that he’s even discussed coaching or mentoring a Superstar or two.

“That’s been three years of hard conversations with that dude looking back in the mirror and I’m at peace with where it’s at. I want to contribute where I can. I’ve even talked about coaching or mentoring. Like I said, it’s the environment I feel the most fluid, so I can sit down and talk to you about WWE as long as you want to talk, but what I don’t want to do is take somebody who has spent 50 bucks on a ticket for themselves, their partner, their families, they bought souvenirs, they bought popcorn and paid for parking and have look at me like, ‘He used to be something.’ You know?”

Any current WWE Superstar would be lucky to have someone like John Cena that they can call for advice. Cena has experienced a lot in pro wrestling and entertainment so he could provide some great tutelage especially if that Superstar wants to eventually break out of WWE and go mainstream.