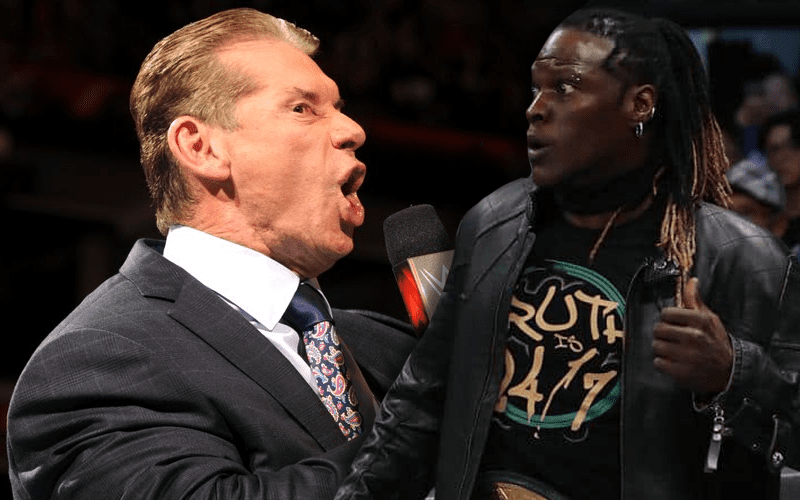 Vince McMahon knows what he wants to see on his television shows. There is a reason why he keeps the roster that WWE has. R-Truth received a nice spotlight as he took the WWE 24/7 Title and ran with the idea. That saw him win the title 30 times in the last year.

While speaking to Not Sam Wrestling, R-Truth explained how Vince McMahon helped his character. McMahon knows what entertainment is and realized that R-Truth could bring it, but some tutelage was necessary.

“I know that naturally, I’m an entertaining guy. I don’t think college has a class where you can go and learn to be entertaining, I think it’s something natural that people have in them and it just has to be brought out,” Truth continued. “I’ve always had it with my music and just being funny, I’ve always had that entertainment, and to be in a business like wrestling and add that as another little niche, it just brings it full-circle for me.”