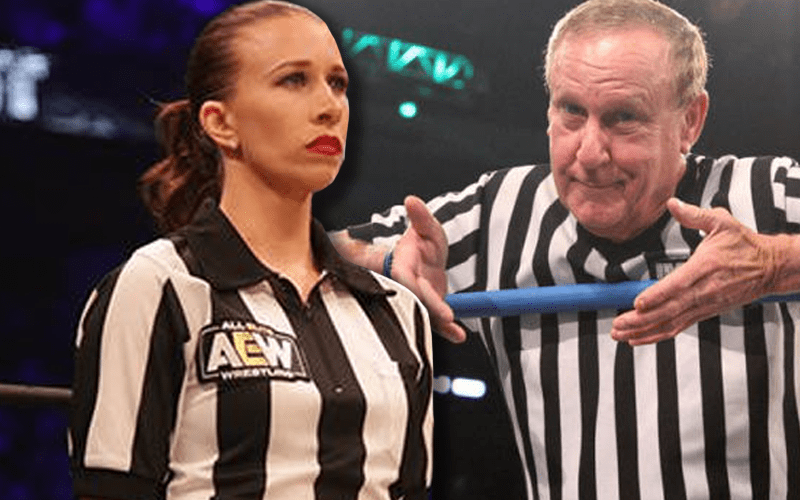 Aubrey Edwards has garnered a lot of attention as AEW’s female referee. She is now in a major wrestling company and had to adjust quickly to this big career change.

CBS Miami recently spoke to Aubrey Edwards about her career in AEW so far. She revealed that Earl Hebner has been very supportive for her. He even told her that it looks like she put him out of work after she officiated the All Out main event.

“So after the match at All Out with Jericho and Page, I walked to the back, and I’m just kind of like, “Oh my God, that happened. And I see Earl, and I’m like, ‘Do you have any feedback?’ He goes, my feedback is, ‘I’m going to put my resume together, because you might’ve put me out of a job,'”

“He’s a sweetheart. Super supportive guy. I’m thrilled and blessed, whatever word you like. Grateful. I could come up with the adjectives all day, but to have him on our team and be able to learn from him and get feedback from him, it’s like he’s Earl frigging Hebner. Right? It’s insane. But everyone’s got their favorite refs. I have my favorite referee is Bryce Remsburg. He’s the GOAT. I love him. I’ve taken so many things from him when we were on the indies and then now we’re working together every day. It’s great.”

Odds are Aubrey Edwards will be the referee for many championship matches to come. She won’t forget the All Out main event as it was certainly a huge milestone in her professional career.