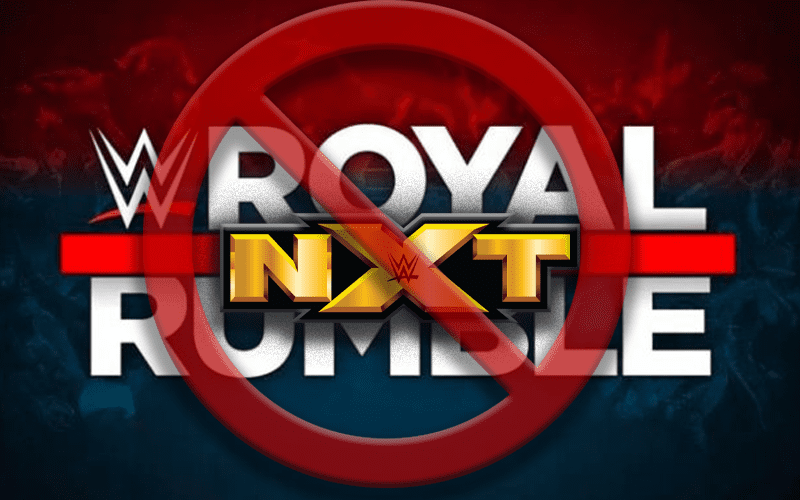 WWE has a lot of plans for the Royal Rumble and beyond. They are certainly keeping us guessing as WrestleMania seems to be wide open right now.

The Royal Rumble match has included NXT Superstars for the past few years. With the black and gold brand receiving more of a focus one would assume that they will be included this year as well. That might not be the case.

“It does not at this moment, at this very moment right now look like NXT is in it,” Sean Ross Sapp said during a Fightful Select Q&A. He was asked which Superstars he would pick to win the Royal Rumble matches this year.

NXT Superstars could be included as surprises if WWE changes their mind. He was very specific to note that it’s not WWE’s current plan to include NXT Superstars in the Royal Rumble matches. They also have a big Worlds Collide event on the previous day and a TakeOver on February 16th.

We’ll have to see what WWE decides to do, but at this time it looks like NXT Superstars might not be automatically included in the Royal Rumble match this year.