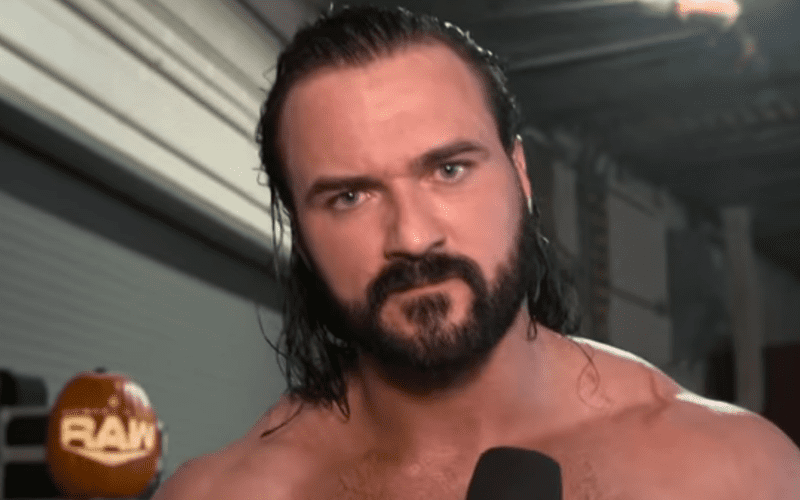 Drew McIntyre has been through a lot in WWE, but there is one thing he won’t say anymore. He finally had to put his foot down and refuse to say he’s “the future.”

There was once a time when Drew McIntyre was The Chosen One. He had no idea Vince McMahon was even going to stick him with that name until they were live on television. As McIntyre explained on After The Bell he won’t be the future because it’s about time that he becomes the present.

“The thing is I refuse to say I’m the future on TV anymore. I told one of the writers. I said, ‘Listen, I’ve been saying this for 12 years I gotta be the present eventually or one day I’m just gonna say I’m the past. I was never the present.’ So, eventually I’ve got to say that I’m the bloody present.”

Drew McIntyre has his eyes set on the Royal Rumble. He wants to win and receive that World Title match he’s been chasing for the past 13 years. Perhaps it will happen for him eventually, but nobody will call him “the future” as he’d doing it.