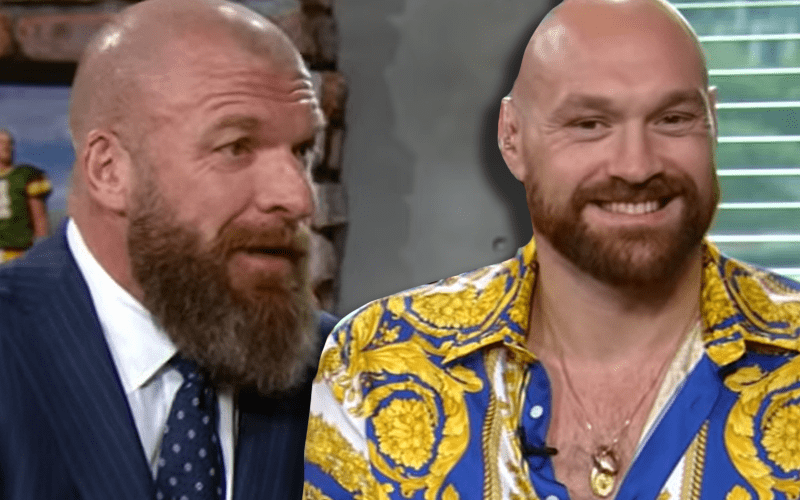 Tyson Fury has a big fight against Deontay Wilder on February 22nd. WWE wants to wait until that fight is over before they book Fury. They want to make sure he wins first.

While speaking to Metro.UK, Triple H was asked about Fury coming back to WWE. Tyson’s big February fight needs to be addressed first, but The Game admitted the door is open on both sides.

“I think the door’s open on our side, and the door’s open on his side – but there’s a lot of things in between now and then. That fight on February 22nd will be huge to him, as to what his next steps are in all of this. So, we’re open to that stuff but it needs to be right for everybody.”

Tyson Fury might have additional motivation to defeat Wilder. A WrestleMania moment could be on the line in that boxing fight as well.